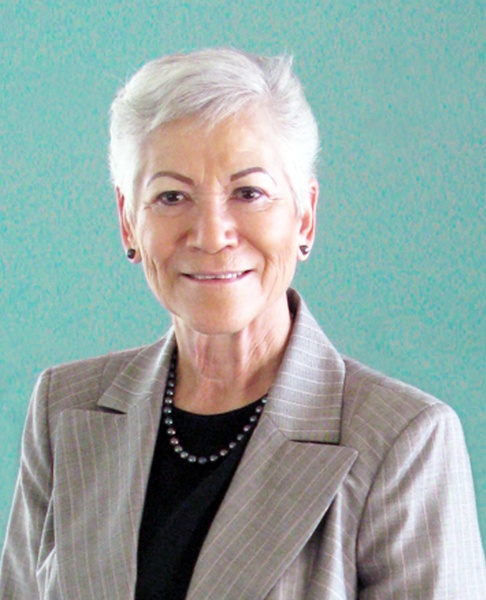 Sara was a selfless, loving, caring, and nurturing mother figure to many people. She was an exceptional daughter, sister, mother, grandmother, aunt, professor, coach, and friend. Born and raised in Laredo, Texas, Sara Campos spent her youth participating in just about any academic and athletic activity all the kids were involved in.

She was the eldest daughter of five children born to Margarita and Jose A. Campos. From an early age, Sara was recognized by her parents and teachers alike for her leadership qualities. Sara attended Holy Redeemer, Leyendecker Elementary, LJ Christen Middle School, and Martin High School; graduating class of 1962. While at Martin, she was a proud member of: the Pan American Student Forum, Future Homemakers of America, Slide Rule, Choir, and Tennis clubs. She went on to attend Texas Woman’s University in Denton where she graduated in 1966 with a Bachelor of Science in Health, Physical Education, and Recreation. She went on to attain two Master’s Degrees, the first she earned in 1970 from Texas Woman’s University which was a Master of Arts in Physical Education and the second she earned in 1996 from Texas A&M International University which was a Master of Science in Education (Major in Administration). In 1984 she earned her Doctor of Philosophy in Health Education from Texas Woman’s University, her alma mater. In 1986 she published a book titled, Mexican American Folk Medicine which was a descriptive study of the different “curanderismo” techniques practiced by “curanderos” or “curanderas”.

Sara dedicated her life to teaching and raising awareness about the effects of heart disease and diabetes. She studied Kinesiology, the mechanics of movement and how they impact our health and wellbeing. It was through education where Sara made a difference forming life-long relationships with her students. Sara began coaching girls basketball, track & field, and tennis at Christen Middle School. Soon after, Sara accepted an opportunity to teach and coach at a higher educational level and joined the Laredo Junior College Palominos in 1971.

In 1972, an omnibus education bill called Title IX was signed by President Richard Nixon that changed the paths of millions of women and girls in the United States. Title IX guaranteed a means to ensure equal access for women to education. That same year, the Laredo Junior College had its first intercollegiate athletic program under the Athletic Direction of Dave Segler.

By the spring of 1972, Sara was coaching the first women’s and men’s tennis teams – a position which she held for 26 years. The Laredo Junior College tennis program gave Laredo and surrounding area high school netters a chance to continue their education and compete at a high level. Sara was very active in the local tennis community by participating in youth instruction and player development. The Palominos captured the Texas Junior College Athletic Conference championship in both mens and womens divisions in 1995. Sara left a legacy of coaching women’s and men’s teams that were nationally ranked from the 1980’s until she stopped coaching in the late 90’s.

Sara was the first woman inducted into the National Junior College Hall of Fame for Tennis in 2002 & that same year Sara was inducted into the Latin American International Sports Hall of Fame. Each one of Sara’s tennis players graduated with their associates degree while attending Laredo College. Sara developed a foundation and a culture that soon after yielded 7 national titles under Coach Jamie Don Juan.

Sara dedicated 46 years of her career with Laredo College from August 23, 1971 to August 31, 2017, almost half a century of service. Before the term “influencers” became popular, pioneers like Sara were building leaders through their extracurricular influence and profound effect on so many people.

Sara had a passion for learning and utilized those lessons learned as her medium to serve and guide so many who crossed her path. She was blessed with an extraordinary ability to inspire people to accomplish feats beyond their own expectations. Sara impacted the lives of so many people in the Laredo community and the Latin American community as a whole. She was a woman ahead of her time – a woman of high integrity – a woman with “ganas” and “animo”, a woman who paved the way for other women to have a seat at the table.

She was a true force of nature who was devout to her faith, to her family, and to the many souls she reached throughout her life. Her immense love of faith, family, community, country, service, education, travel, music, dance, art, nutrition, and physical fitness served as the foundations she built her legacy upon. She was the epitome of a healthy and fulfilling life. Her boundless energy, steadfast determination, vibrant personality, immeasurable generosity, and uplifting magnetism serve as an unforgettable tale of what service and purpose truly mean. She will be greatly missed and will forever be cherished in the hearts and minds of those who knew and loved her.

She was preceded in passing by her parents, Jose Alonso and Margarita Campos.

Following Mass, family and friends are invited to attend her Celebration of Life from 12:30 p.m. to 2:30 p.m. at Joe Jackson North Funeral Chapels & Cremation Services, 1410 Jacaman Rd.; where all are welcomed to gather so we may share our favorite memories, stories, and laughs in remembrance of what a wonderful person Sara truly was.

To order memorial trees or send flowers to the family in memory of Dr. Sara Campos Carrasco, Ph.D., please visit our flower store.