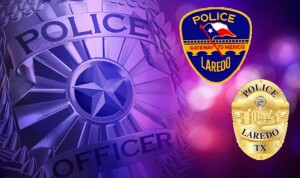 Raul Hinojosa was the gentlest and unassuming soul that you would ever come across.  He was a man full of love, kindness, and had the biggest heart.  He was affectionately called by his children and grandchildren “Oooie” or “Ooo”.  He enjoyed spending time with family and most especially playing practical jokes on his children and grandchildren.  His favorite pastime was catching a good movie on a weekly basis and getting his favorite movie snack.  He will be greatly missed by his family, most especially, his wife of over 45 years, Maria Teresa P. Hinojosa.  They were an inseparable pair!  You knew that wherever Maria Teresa was, you would find Raul nearby, carrying her purse. Raul enjoyed catering to his wife and would spoil her every chance he could get.  The last five years, Maria Teresa cared for her husband until the very end.  She was always by his side sharing great memories and conversations.  Raul will always be the love of Maria Teresa’s life and her best friend.

Raul Hinojosa was called by our Lord on Tuesday, September 15, 2020, at the age of 73.  He was the son of the late Maria Magdalena Arce-Hinojosa and Genaro Hinojosa.  He was born and raised in Laredo, Texas attended Bruni Elementary School, Christen Middle School, and was a 1965 graduate from Martin High School.  He went to Laredo Community College and received an Associate’s Degree.

Raul followed in his father’s footsteps and served over thirty seven years as a public servant in law enforcement and military career.  The Hinojosa family has a combined history of 100 plus years in public service in law enforcement and military.  Raul served twenty-two years of military service in the U.S. Army Reserve and retired with the rank of Staff Sergeant.  He served with the old 5th Tank Company / 35th Battalion / 8 Army Corps. and was Section Chief and Platoon Sergeant with the 850th Svc Co.  In 1968, Raul became a Police Officer for the City of Laredo and honorably served until his retirement in 1996 as a Lieutenant.  At the Police Department, he pioneered and established different programs which were:  Motorcycle Division and the first Finance Department.  He continued public service and was elected as the Webb County Constable for Pct. 1 “The People’s Peace Officer”, from 1996 to 2004.   As Constable for Pct. 1, Raul initiated numerous programs that included:  The McGruff Crime Prevention Program, “Stranger Danger”, Bike Patrol, School Traffic Patrol, Recognition of Outstanding Citizens of the Community, and Recognition of Outstanding Deputy Constables of the Quarter.  He served on the Board of Directors of the South Texas Justices of the Peace and the Constables Association in which he served as President for three terms.

In his retirement years, he was an active parishioner at Blessed Sacrament Church where he became a Knight of Columbus and held good standing.  He helped with the CCD Program for many years and participated yearly in honoring the Feast of Our Lady of Guadalupe.  Raul would portray Fray Zomarraga the Spanish Bishop.

He was preceded in death by his parents Maria Magdalena Arce-Hinojosa and Genaro Hinojosa; parents-in-law, Delia R. Perez and Celedonio Perez; as well as his brothers and sisters, Genaro (Sylvia) Hinojosa, Jr., David Hinojosa, and Irma Hinojosa (Vernon Elwood) Teeters.

**Due to COVID-19 regulations, attendance at the funeral home is limited to 100 people at a time.  Please be mindful of this as you visit.  If the building is at capacity, please wait in your vehicle.**

The family will receive condolences on Thursday, September 24, 2020, from 4 until 9 p.m. at Joe Jackson North Funeral & Cremation Services, 1410 Jacaman Rd.; A Vigil for the Deceased and Rosary will be held at 7 p.m.

Funeral procession will depart the chapel at 11 a.m. on Friday, September 25, 2020 to Blessed Sacrament Catholic Church for a Mass of Christian Burial to be celebrated at 11:30 a.m.

Rite of Committal and Interment will follow at the Veteran’s Section of the Laredo City Cemetery.  Military Honors will be rendered by the American Legion Post 59 and Fort Sam Houston Honor Detail.

To send flowers to the family or plant a tree in memory of Raul Hinojosa, please visit our floral store.