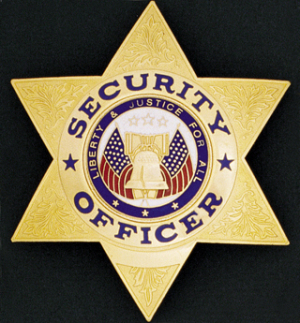 Omar was born in Madrid, Spain on a USAF Military Base. He was a Christian and was baptized in Jesus’s name in 1992 by Pastor John Collins. He traveled to many parts of the world since he was little, up until the age of 20. In high school, he enjoyed meeting and making friends with his peers at St. Augustine. Although he played numerous sports, the sports he loved to play the most were baseball and basketball. He was a pitcher for the San Agustin High School Baseball Team and won numerous awards. In addition to playing for St. Aug, he also attended and played basketball at Randolph Macon Military Academy in Virginia. Omar had many passions in life, but chief among them were his reverence for the military and law enforcement; he graduated from the University of Texas at San Antonio and majored in Criminal Justice.

Omar had a vision for drawing and landscaping. He helped his mom plan the outside design of the house. He studied architecture for 2 years and was a brain in math. Among his many talents, he did some modeling for Neiman Marcus in San Antonio. Omar was always incredibly charming, aside from modeling he also had a zest for the theatre and acted in several school plays. He had a love for comedy in particular and made many people laugh through his jokes and personality off and on the stage. He deeply valued his family and his friendships, as such, he made friends wherever he ventured and he thoroughly enjoyed the company of his friends in Laredo. He relished serving the Laredo, Austin, and San Antonio communities by feeding large crowds and selling his famous Mexican hot dogs.

Omar was a gifted, talented, friendly, funny, and adventurous person who loved the outdoors. His nobility was rivaled by his loving and caring personality and his quick wit never ceased to make people laugh. He will be remembered fondly by those who knew and loved him.

The family will be receiving condolences on Thursday evening, January 14, 2021 from 5 to 9 p.m. at Joe Jackson North Funeral Chapel & Cremation Services, 1410 Jacaman Rd.; where a Prayer Service will commence at 7 p.m.

A Chapel Service will be held at 10 a.m. on Friday morning, January 15, 2021. The Funeral Procession will depart immediately following the service for his interment at the family plot in the San Agustin Garden section of the Calvary Catholic Cemetery.

To send flowers to the family or plant a tree in memory of Omar Jatib, please visit our floral store.