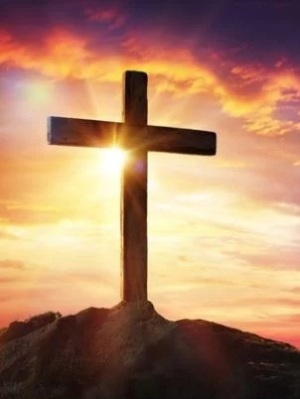 Suddenly and unexpectedly, our beloved Alan Covarrubias, 28, closed his eyes on this earth and proceeded to enter into his heavenly journey on December 23, 2021.

Alan was the second of 3 siblings that was born with a very capable and creative mind and a slender figure. From an early age, he showed us tremendous capabilities in math, science, language (bilingual), graphic arts,  lyrics composition, and several sports while embracing a funny and smart but quiet persona. Starting in his teenage years, and without anyone noticing, he began suffering a gradual endocrine system condition that one could hardly notice as it looked like typical rebel adolescent behavior. He struggled since then and was not able to fulfill his potential up until his mid-twenties. Then his condition hit rock bottom and an endocrine system specialist was finally able to diagnose the hyperthyroidism condition in his body. From then on it was finally recovery time and we started seeing the miracle develop in front of our very eyes, with Doctors greatly surprised as he recovered his weight and shape in the first year of treatment. After that, Alan boldly hit the gym and his real persona started to flourish. His practically recovered health had finally given him the opportunity to grow into a young adult and enjoy a fulfilling existence. He sharpened up his technical skills on the fieldwork that he had been learning with me in past years and taught himself auto-mechanics. He became my right hand along with my son Albert. The Alan that we had dreamed about was finally here!  Among the passions that he had been put to the side in the past was motorcycling and becoming an EMT. He joined moto driving sessions, ordered a bike, and was very excited about being able to share the joy of riding with his father and brother. Later on, we finally picked up his brand new adventure bike and he started riding very responsibly. We fulfilled the dream of riding together as a family and would enjoy late-night rides. We will never know why on that tragic night he was not wearing protective gear, but we are sure that he left this world doing what he loved.

In memory of his life and in correcting the error, we have established a gofundme page to start a non-profit organization that will raise awareness and prevent more tragedies by providing protective gear and motorcycle driving lesson scholarships to pre-qualified riders. We have called it:

The family will be receiving condolences on Monday, January 3rd, 2022, from 4-9 p.m. at Joe Jackson North Funeral Chapels & Cremation Services, 1410 Jacaman Rd.; where a Vigil for the Deceased and Chapel Service will commence at 7 p.m. led by Rev. Deacon Mr. Marte Avila.

The funeral procession will depart the chapel on Tuesday at 12:30 p.m., for a Mass of Christian Burial to be celebrated at 1 p.m. by Rev. Father Joe Cadena at Christ the King Catholic Church.

Private Interment will be held at a later date.

To send flowers to the family or plant a tree in memory of Alan Covarrubias, please visit our floral store.