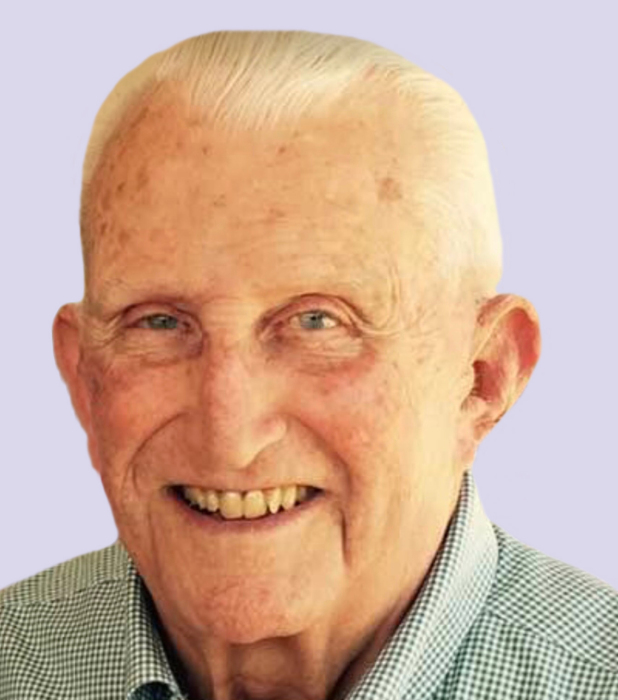 Bill Lowry passed away peacefully early Saturday morning, May 30th, of natural causes. He was 94 years old.  Born in Laredo on February 8, 1926 he was the first child of Dr. Willis E. Lowry, Jr. and Dr. Ruby S. Lowry.

Raised in Laredo his entire life, he graduated from Martin High School and then attended Texas A&M for his first year of college, when in early 1944, at the age of 17, he left college to join the U S Marine Corp and fight for his country in WW II.   He saw service in the South Pacific on various fronts, and was at Okinawa for the duration of the 2 month long battle.

When the war ended, he returned to Texas A&M and received a BS in Range Management.

He married Ollie Nye in August of 1949, and the couple began their life together in Carrizo Springs, TX where he worked for the Soil Conservation Service and Ollie taught school.  They also lived in Hebbronville, TX as he worked for the SCS in that area as well.

They soon returned to Laredo, where he began farming on land in NW Laredo.

In 1966 he began working for the Civil Service branch of the US Army and together with his family, spent 6 years in NW Illinois.  In 1972, he moved his family to New Braunfels, TX and continued to work at Randolph AFB and later at Fort Sam Houston in the San Antonio area until his retirement.

His greatest passion was going to their ranch in La Salle County to hunt and care for his cattle.  He leased several pastures around New Braunfels and became very active in Comal County Farm Bureau serving as President for several terms.  He had many great friends in this organization and many fond memories.

He loved his family,  was very direct and outspoken,  but he earned the right to be, as he was one of last of The Greatest Generation,  the likes of which we will never see again.

A private family service and graveside will be held in New Braunfels, Texas under the direction of Doepenschidt Funeral Home.

A Memorial Service may be planned and if so, will be announced at a later date.

You may extend your condolences, share a memory with the family online at:  www.joejacksonfuneralchapels.com

To order memorial trees or send flowers to the family in memory of Willis Lowry, III, please visit our flower store.