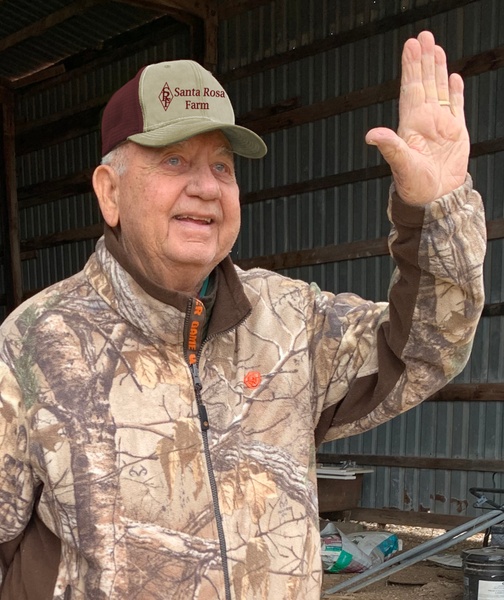 Bill, known as “Snooky” by close friends and relatives, began his catholic school education in Laredo at St. Peter’s Memorial School and then went on to attend St. Joseph’s Academy. He later attended Texas A&I in Kingsville. He was a man with a keen sophistication for thrills, as a pilot he loved airplanes, fast cars, tractors and anything with a zooming motor. Despite his ferocious appetite for speed, he was known to take the utmost pleasure in Ranch Life and was well known for his humble and caring disposition. He became a hero to many people, most of all to his family as he was always eager and the first to lend a helping hand when anyone was in need. His radiant laugh that filled the house and skilled story telling will be dearly missed.

The family will be receiving condolences on Sunday evening, July 17, 2022 from 5 to 9 p.m. at Joe Jackson North Funeral Chapels & Cremation Services, 1410 Jacaman Rd.; where a Prayer Service will commence at 7 p.m.

Funeral Services will be conducted on Monday morning, July 18, 2022 from 8 to 9 a.m. at Joe Jackson North Funeral Chapels. Procession will depart at 9 a.m. toward his resting place at the family plot of the Laredo City Cemetery; where a Graveside Service will commence at 9:30 a.m.

To order memorial trees or send flowers to the family in memory of William "Bill" H. McKendrick, III, please visit our flower store.