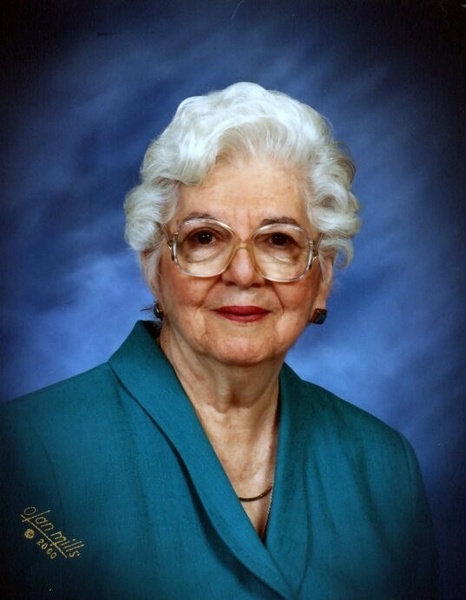 Her journey began on March 19, 1923, in Los Angeles, California and was called home after a long and beautiful life surrounded by her loving family. During her life she contributed to her community by working several years at Southwestern Bell as a Telephone Operator, she was an active member of the Blessed Sacrament Altar Society, volunteered her time and devoted service to the Congregation Brothers of St. John, as well as served as an Auxiliary Member at Mercy Hospital of Laredo.

Left to cherish her memory are: her sons, Ricardo A. Cantu, Alberto A. (Esperanza) Cantu, and Gerardo L. (Rosa) Cantu; daughter-in-law, Maria de Lourdes Cantu;16 grandchildren; and 17 great-grandchildren and great-great-grandchildren. She is further survived by her sisters, Mariscela (Raul) Gaona of San Antonio, Texas and Alma (Royce) Kortbein of Wilton, Wisconsin; in addition to numerous other relatives and friends.

The family will be receiving condolences on Tuesday evening, July 20, 2021 from 5 to 9 p.m. at Joe Jackson Heights Funeral Chapels & Cremation Services, 719 Loring at Cortez; where a Vigil for the Deceased and Rosary will commence at 7 p.m.

Funeral Services will be held on Wednesday morning, July 21, 2021 departing at 8:30 a.m. from Joe Jackson Heights Funeral Chapels to Blessed Sacrament Catholic Church for a Mass of Christian Burial at 9 a.m.

The family would like to extend their most heartfelt gratitude to her caregiver, Guadalupe Gonzalez.

To order memorial trees or send flowers to the family in memory of Thelma F. Cantu, please visit our flower store.