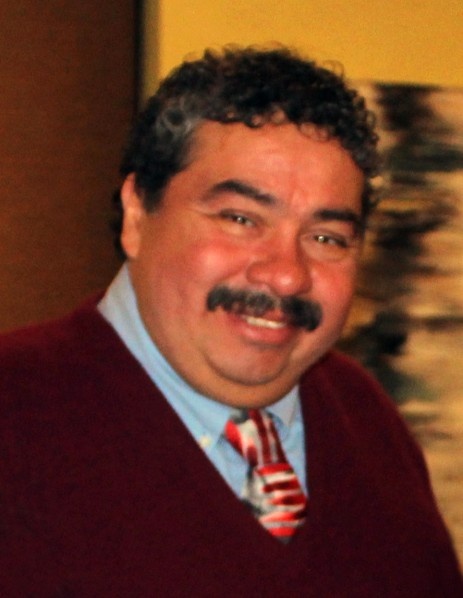 Mr. Steven Gutierrez, 51, entered into the presence of the L ord in his Heavenly Kingdom on Sunday, February 9, 2020.  Born and raised in Laredo, he was educated in the local Laredo schools, such as Our Lady of Guadalupe Catholic School, Lamar Middle School, Nixon High School and upon moving to Corpus Christi, he graduated from Ray High School.  He pursued his education further at Laredo College and Texas A&M International University.  Steve’s passion was above all his family, his faith and his community.  Steve served in various local organizations such as:  Laredo Under Seven Flags Rotary, NeighborWorks Laredo, L.A.D.D., Holding Institute, Christ Church Episcopal Vestry, Drug and Alcohol Commission Board, The Greens of Guadalupe, The computer Tutoring Center at La Azteca Neighborhood, and the most important to him, being a part of his children’s academic and extracurricular life as their #1 cheerleader.  Steve leaves behind a sense of community in our area that is much needed.  A selfless man of great faith gone too soon, but now rests in the presence of the Almighty.

Preceded in death by his father:  Juan Adan Gutierrez Sr.

In honoring Steve and in keeping with his commitment to this community and the organizations that were very near to his heart, a heartfelt contribution in his memory in lieu of flowers may be made to: L.A.D.D. (Laredoans Against Drunk Driving: supportladd.org), NeighborWorks Laredo (Community Education Center) 216 Bob Bullock Loop, Holding Institute of Laredo 1102 Santa Maria Ave or a charity of your choice)

Funeral Services will conclude at the end of the service to proceed to a cremation at a later date.

Honorary Pallbearers: his daughters, Amaris Zaneta, Miangelica Noemi, Amelie Delilah, and Angeline Danielle; as well as Jim Moore, Leonardo Gutierrez, Randall Orozco, Steven Gutierrez III and all of his closest friends at every agency and organization he was involved with.

To order memorial trees or send flowers to the family in memory of Steven Gutierrez, please visit our flower store.