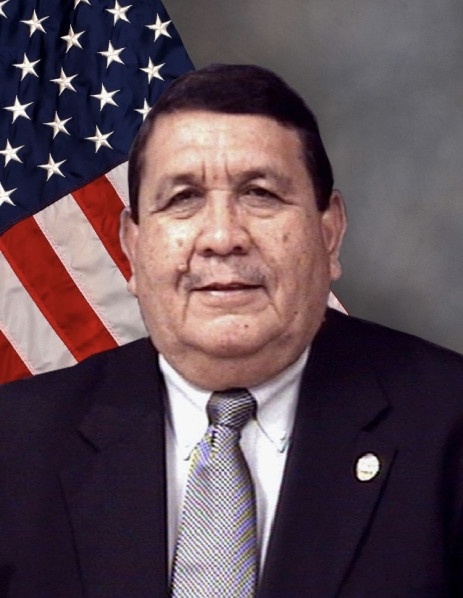 Sergeant Armando Gonzalez Elizondo, 76, was welcomed into our Lord’s heavenly kingdom on Monday, May 09, 2022.

“Bebio” as he was affectionately called, graduated from Martin High School and enlisted to defend his country in the U.S. Army. He served from 1965 to 1968 where he earned the rank of Sergeant. In 1969, Armando was part of the first class to graduate from the regional police academy licensed by the Texas Commission on Law Enforcement Officer Standards and Education.

Armando wed the love of his life, Elva, in 1970, raised five children and celebrated 51 years of marriage.

He continued his long career of service to the public in his civilian vocation as a Peace Officer. He found his home and his calling in the Laredo Police Department fulfilling his childhood dream. Sergeant Elizondo served in many capacities during his tenure including: Deputy Chief of Police, President of the Laredo Police Officer’s Association, and Sergeant of the Juvenile and Gang Enforcement Team. He protected and served Laredo and the surrounding communities for over 40 devoted years until his retirement in 2010.

His tenacity was not only reflected in his line of duty but in his continued contribution to the youth of Laredo. Armando dedicated over 30 years of his life serving as President of the Laredo National Little League and Coach for Laredo National and Laredo Optimist Little League. He led various teams under the LULAC Council #12 insignia at Dr. Al King Field and was fondly remembered by many as “Coach Elizondo”. Throughout the years, he led other community related programs such as the Boy Scouts, LPD Explorers and youth crime prevention initiatives.

Armando was a dedicated family man who instilled the virtues of honor, merit, excellence, and above all service to others. Proud of their father’s accomplishments, two of his children followed in his prodigious footsteps and became Law Enforcement Officers themselves. His long-standing legacy of service, integrity, and excellence will continue on not only in his progeny but in the hearts and minds of those whom he left his enormous impression. He will be greatly missed by those who knew and loved him.

He was preceded in passing by his parents, Juan R. and Maria G. Elizondo; and his brothers and sisters, Lilian Elizondo, Arturo Elizondo, Juan Elizondo, Jr., and Bertha Davis.

The Elizondo family will be receiving condolences on Friday evening, May 13, 2022 from 5 to 9 p.m. at Joe Jackson North Funeral Chapels & Cremation Services, 1410 Jacaman Rd.; where a Vigil for the Deceased will commence at 7 p.m.

Funeral Services will be conducted on Saturday morning, May 14, 2022 departing at 8:20 a.m. from Joe Jackson North Funeral Chapels to Blessed Sacrament Catholic Church for a Mass of Christian Burial at 9 a.m.

Rite of Committal and Interment will follow at the Veteran’s Section of the Laredo City Cemetery.

To order memorial trees or send flowers to the family in memory of Sergeant Armando Gonzalez Elizondo, please visit our flower store.