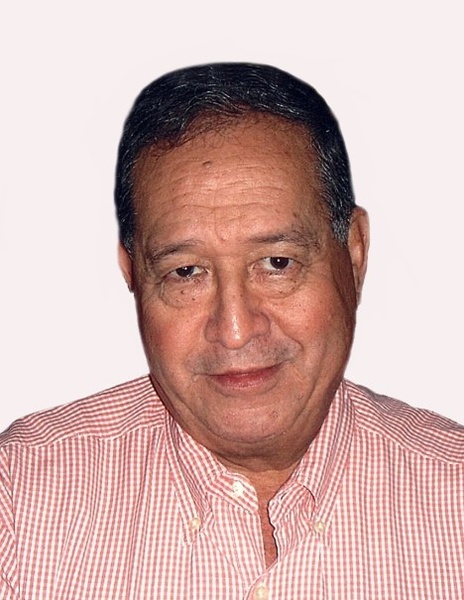 Haynes is survived by his three sons, Reuben Christopher, Joseph Charles (Jennifer), and Paul Richard (Gaby); his daughter, Melissa Rose (Zachary) Sepesi; and his eight grandchildren: Justin and Christina Haynes, Sophia Rose, Emma Lily, and James Ruben Sepesi, and Malcolm, Ruben, and Gabriel Haynes. He is also survived by is his niece Cynthia (Rene) Martinez and numerous relatives. He is predeceased by his wife Norma Sanchez Haynes.

Haynes was born in Laredo on January 30, 1940. He attended Martin High School and, in 1956, joined the United States Navy as a Signal Man. His devotion to the Navy and to his country remained unwavering throughout the course of his life. He served in the Navy for twenty-four years, retiring as an E9 Master Chief. Throughout his years in the Navy, he was stationed primarily on aircraft carriers, including the Enterprise (CV-6), the Forrestal (CV-59), and the Kitty Hawk (CV-63). A proud Vietnam veteran, Haynes remained forever a devout and loyal patriot. After retiring from the Navy, he worked for the INS in Laredo as a supervisory immigration inspector at the Laredo port of entry until his promotion as manager for the Laredo Application Support Center for U.S. Citizenship and Immigration Services and Department of Homeland Security for another twenty-four years until finally retiring in 2007 in order to enjoy, after forty-eight years of service to his country, his final years in the company of his wife and grandchildren.

A devout Catholic, Haynes once wrote, praying, “St. Jude, faithful servant and friend of Jesus, as the patron of hopeless cases, of things almost despaired of, pray for me. I am so helpless and alone. I implore you to bring hope where hope is needed most. Come to my assistance and help me receive the help of Heaven in all my necessities, tribulations, and sufferings, that I may praise God with you and all the elect forever. Amen”

As a loving husband, father, grandfather, and friend, Haynes will never be forgotten. He put a smile on everyone’s face who came into contact with him. As a boy, he grew up with nothing. As a man and a believer in God, he found peace and happiness.

The family will be receiving condolences on Sunday evening, September 13, 2020 from 4 to 9 p.m. at Joe Jackson North Funeral Chapel & Cremation Services, 1410 Jacaman Rd.; where a Vigil for the Deceased and Rosary will commence at 7 p.m.

Funeral Services will be held on Monday morning, September 14, 2020 departing at 9:45 a.m. from Joe Jackson North Funeral Chapels to St. Martin de Porres Catholic Church for a Mass of Christian Burial at 10:00 a.m.

To order memorial trees or send flowers to the family in memory of Ruben Haynes, please visit our flower store.