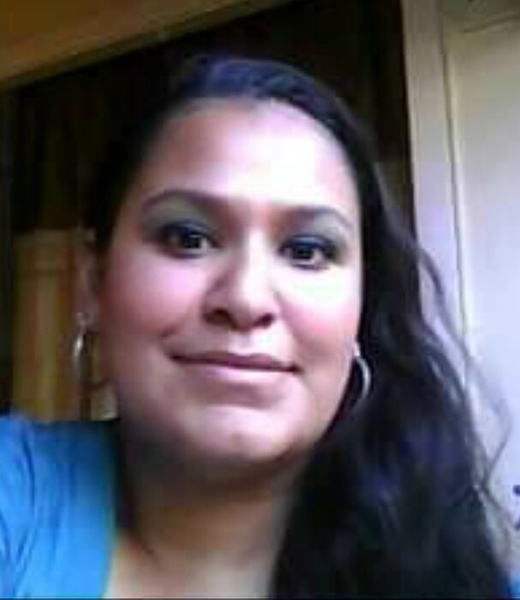 Roxanne Yvette Angon Arneson, 40, joined our Lord in His heavenly kingdom on June 11, 2020 in Bellingham, Washington.

Roxanne loved people.  She was a very caring individual who loved to put on skits, the more comical the better.  Her love for the arts was undeniable whether it was for paining, dancing, music or culinary.  She played the violin but her love of music was boundless – from Mexican, Spanish, 60s.  She had her favorite bands and attended many concerts always proudly displaying the Texas Flag in hopes of getting the band members to sign it.  She succeeded.

Roxanne was a Gifted and Talented student at M.S. Ryan, K. Tarver and Milton Elementary Schools.  She attended and graduated, as a Junior from J.W. Nixon High School in 1997.  She was also a music student at the Vidal M. Trevino School of Communications and Fine Arts.

In 2001, the family moved to Washington State.  Roxanne followed in her older brother’s footsteps and enrolled in the Seattle Art Institute of Culinary Arts. Upon graduation, Chef Roxanne began her professional culinary career as a baker, butcher, line cook and Chef working at the Alexis Hotel in Seattle WA. She later moved on to McCormick and Schmick where she met the love of her life, Dave Arneson, whom she later married.  Over the years, Roxanne worked at the famous Tom Douglas’s Greek Restaurant “Lola.”  She also shared her culinary talent with the world- famous Chef Wolfgang Puck at his Bistro located inside Benaroya Hall in downtown Seattle.  Upon leaving Seattle, Roxanne and Dave moved back to Texas to be close to family in Austin. There, she worked at the Roaring Fork, Reunion Grill, Copper Restaurant and Lounge and a Senior Citizen Assisted living Residence where she got great joy and satisfaction planning and preparing special meals for residents with special diets.  Roxanne and Dave took advantage of the hiking parks and greenbelt around Austin.

Since Roxanne was the youngest of four children, she loved her brothers immeasurably.  She was the only girl in the neighborhood who had brothers from other mothers as well.  They all considered her to be “their little sister.”  If her brothers favored the “Punk” rock style, she wanted to do the same.  If they wanted to shave their heads or wear a mohawks, she embraced it just as passionately.  Roxanne knew all her brothers had her back.

The family will be receiving condolences on Saturday, June 12, 2021 from 8 to 10 a.m. at Joe Jackson North Funeral Chapel & Cremation Services, 1410 Jacaman Rd.; where a Rosary will be recited at 9 a.m.

The funeral procession will depart at 10:30 a.m. for a Mass of Christian Burial to be celebrated at 11 a.m.at Blessed Sacrament Catholic Church.

Facebook Live will be available for those unable to attend.

To order memorial trees or send flowers to the family in memory of Roxanne Angon-Arneson, please visit our flower store.