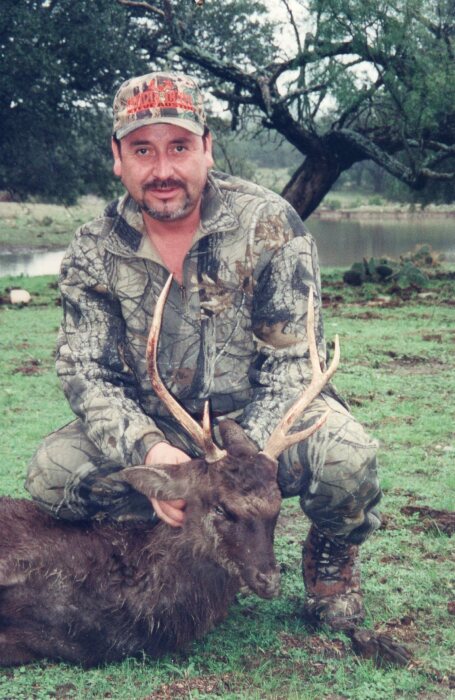 Rodolfo "Rudy" Requejo, 65, of Laredo, Texas, joined our Lord in His heavenly kingdom on Thursday, December 24, 2020.

Rodolfo was born June 20th, 1955, in Laredo, Texas to Pedro and Josefina (Vivian) Requejo.  He attended J.W. Nixon High School in Laredo, Texas.  On October 7th, 1977 he married Gloria Espinoza.  Rudy was a very hard working man.  He worked as a butcher in Hereford, Texas before moving to San Antonio, Texas.  Once there, he began a humble career as a day laborer where he would prove his leadership skills to become Project Manager coordinating home builds over several communities at a time.  His career spanned 35 years and many accolades.  He was loved by both the new home buyers and his "guys" alike.  He worked long hours with a happy heart due to the appreciation and respect he received for his quality service. He was an avid hunter and outdoors man.  His home was decorated with hunting trophies that would impress the most serious of hunters.  When not working or hunting, Rudy could be found at his grill.  His carnitas, menudo, and ribs were the stuff of legends.  Hanging out, listening to music, and joking while grilling were the best of times.  He also enjoyed spending time with his Sons and Grandchildren. He was a fun man loved and missed by all.

He was preceded in death by his father Pedro, and brother Margarito.

The family will be receiving condolences on Tuesday evening, December 29, 2020 from 5 to 9 pm at Joe Jackson North Funeral Chapel & Cremation Services, 1410 Jacaman Rd. where a Vigil for the Deceased and Rosary will commence at 7 p.m.

Funeral Services will be held on Wednesday morning, December 30, 2020 departing at 9:40 a.m. to Blessed Sacrament Catholic Church for a Mass of Christian Burial at 10 a.m.

To order memorial trees or send flowers to the family in memory of Rodolfo Requejo, please visit our flower store.