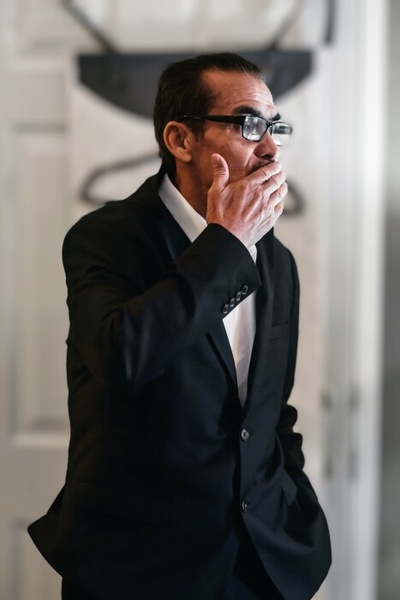 Mr. Roberto Calderon, 72, joined our Lord in His heavenly kingdom on Wednesday, October 13, 2021.

Roberto was born in Torreon, Coahuila to parents Florencio and Maria Calderon. He moved to America in the 1970s. Roberto and his wife came to this country half a century ago to provide their ten children with the chance to free education and an unimaginable future. He promoted assiduousness, humility, and integrity because he understood that these values are more vital than social status. Roberto created delicious baked goods for over 30 years as a talented baker. His creations touched the taste buds of countless Laredoans throughout the decades.

Some people have this aura about them, an ability to command attention— Roberto’s authoritative voice and tone were influential. Even though he only had an elementary education, his linguistic influence was equal to some great rhetoricians. He impacted countless men and women through his compelling and empathetic rhetoric, saving numerous lives and souls.

Roberto Calderon fought bravely against cancer for over three years, but he was ready to meet the Creator and reunite with his parents and brothers in heaven. His wife and children are proud of Roberto because he was the epitome of resilience and courage. To them, Roberto will always be remembered as a fighter, El Rey, El Gallo but always Papí.

He was preceded in death by his parents, Florencio and Maria Calderon and his brothers, Ricardo Calderon, Isidro Calderon, Juan Calderon, Ambrosio Calderon, and Leno Calderon.

The family requires all visitors to wear a face mask to honor and protect everyone.

The family would like to extend their most heartfelt gratitude to Altus Care Hospice and nurse, George Santos.

To order memorial trees or send flowers to the family in memory of Roberto Calderon, please visit our flower store.