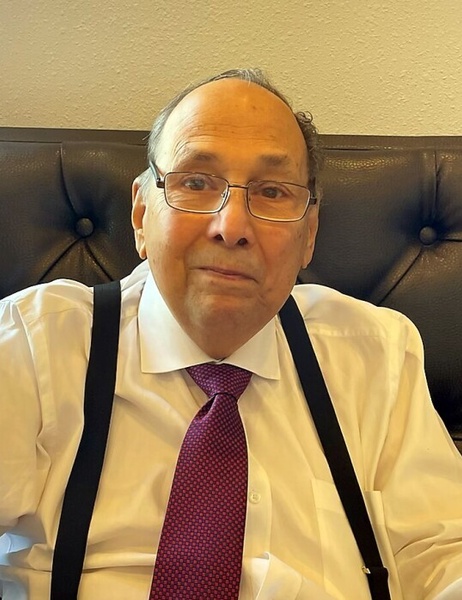 Renato Zapata Jr. was born on November 22, 1935 in Laredo, Texas and passed away in his home on January 11, 2022. A beloved husband, father, grandfather, brother, and friend, Renato lived life to the fullest and enjoyed his family and friendships above all else. After graduating from Martin High School, he attended the University of Texas, where he received a degree in journalism in 1958. He briefly worked for the Laredo Morning Times before joining Renato Zapata & Co, a freight forwarding and custom brokerage firm established by his father in 1941. Renato would go on to lead the company for 60 years and insisted on going to the office until the week before his death. He was also very active in the Laredo community, having served on many local boards, including the former Laredo National Bank.

Renato had a wonderful sense of humor and was a master storyteller, frequently recounting his many adventures and travels throughout Europe, Mexico, and South America. He noted his visit to Egypt as being the most fascinating, but France and Italy were his favorite stops. During his life, Renato enjoyed golf, bird shooting (having won numerous tournements), and playing gin rummy at the Country Club’s 19th hole. Just days before his death, he enjoyed his regular card game and his weekly Wednesday men’s lunch at Toños restaurant with his closest friends. Renato will be missed by all those with whom he had regular contact, including faithful employees at Renato Zapata & Co.

The family wishes to thank Dr. Dennis Cantu, Dr. Joseph Tiscani, Dr. John Mulrow, and Dr. Sherwyn Schwartz for their excellent medical care; the staff at Texas Community Bank; and the staffs at The Laredo Country Club, Border Foundry, Toños and Fonda Don Martin for allowing Renato to be a regular part of their days, especially over the last few years. Due to the recent surge in Covid cases, the family wishes to protect all those whom Renato loved so much and will hold a small, private ceremony to honor his memory. In lieu of flowers, please consider a donation to the Laredo Animal Shelter or LAPS in his name.

To order memorial trees or send flowers to the family in memory of Renato Zapata, Jr, please visit our flower store.