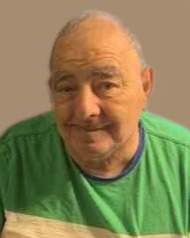 Renato Gutierrez, Jr., 73, joined our Lord in His heavenly kingdom on Friday, August 26, 2022 at Doctor’s Hospital with his family by his side.

Renato was born on July 7, 1949, in Laredo Texas to Renato and Josefina Gutierrez. Renato was a devoted and loving father, grandfather, and teacher. Renato was a graduate from St. Joseph’s Academy class of 1967. Renato also served in the United States National Guard for 6 years before beginning his career as an educator in 1977. Renato was a teacher with LISD for 24 years, he taught at Bruni Elementary School for 22 years and 2 years at Farias Elementary School.

He was preceded in death by his father Renato Gutierrez, mother Josefina Rubio Gutierrez, and sister Sandra Gutierrez Guajardo.

The family will be receiving condolences on Thursday morning, September 1, 2022 from 8:00 a.m. to 8:30 a.m. at Joe Jackson Heights Funeral Chapel & Cremation Services, 719 Loring at Cortez.

The funeral procession will depart from the funeral home at 8:30 a.m. to Christ the King Catholic Church for a Mass of Christian Burial at 9:00 a.m.

Rite of Committal and Interment will follow at the Calvary Catholic Cemetery. Military Honors will be provided by U.S. Army.

To order memorial trees or send flowers to the family in memory of Renato Gutierrez Jr., please visit our flower store.