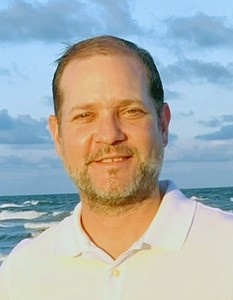 Raul was born on June 22,1975 to the most loving parents, Raul & Graciela Martínez.  He was a proud St. Augustine Alumni who went on to graduate from TCU in 1997 with a degree in Finance from the Neeley School of Business. Soon after his graduation, he became Owner and Operator of Allstate Insurance.

On August 19th, 2010 he welcomed his beautiful son, Raul Esteban “REMI” Martínez, who instantly became the most important part of his life.

In February of 2016 he met the love of his life, Araceli, and soon merged two beautiful families to become one big family unit.

Raul was the epitome of a family man, he was an amazing son, the best big brother, the kids favorite Tio, the best friend of those who were lucky to have him, the ultimate story teller, and the joy in everyone’s day. He was a very simple man who honored his parents, adored his son, and who absolutely and unconditionally loved his family unit. He is now united with our Lord in paradise, with his Starbucks venti iced coffee, light cream no sugar in hand, he now entertains and joins our ancestors, angels, and saints, to watch over us all.

He will be deeply missed by his family, his comps, bros, and all those who knew and loved him.

He was preceded in passing by: his grandparents: Pedro I. & Cuquita Saenz and Loretto and Agapita Martinez, uncles, Hector Martinez and Javier Martinez; and his aunts, Maria del Refugio “Cuqui” (Ray B. Sr.) Peña and Gloria Beltran, as well as by his cousin, Rene Martinez.

A Celebration of Life and Sharing of Stories will be held at 9 a.m.

Funeral Procession will depart at 10:30 a.m. from Joe Jackson North Funeral Chapels to Christ the King Catholic Church where a Mass of Christian Burial will be celebrated at 11:00 a.m., Msgr. James Harris will be the celebrant.

Rite of Committal and Interment will be held privately by the family. Those wishing to bid their final farewell to the family are asked to do so after the Mass.

Honorary Pallbearers will be: Bobby Saenz and Ray Peña Jr.

To order memorial trees or send flowers to the family in memory of Raul Roel Martinez, Jr., please visit our flower store.