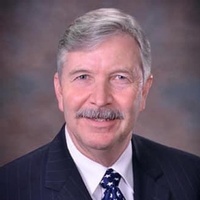 Surrounded by his family and friends, Randall Scott Blair, was welcomed by his Heavenly Father on Saturday, January 19, 2019 at the age of 58. He was born in Belton, Texas on July, the 8th of 1960, one of three children, to Major Elliott Blair and Mary Patricia “Pat“ Blair.

Randy graduated from Killeen High School in 1978, where he was Class President, participated in band and excelled at track and field. He went on to receive a bachelor’s degree in business with a concentration in accounting from Texas A&M University in College Station in 1982. He remained a fervent “Aggie” his entire life and represented the South Texas Region beside his wife Nancy as a member of the Texas A&M University System - Chancellor’s Council of Advisors from 1995 to 2014 and as a member of the Executive Committee of Finance from 1996 to 2000. Randy along with other members of the community was instrumental in bringing a $5 million anonymous gift for the student center to Texas A&M International University.

In her iconic poem, Linda Ellis, when reflecting on the dates on a loved one’s tombstone, what matters most is not the date the departed was born and died, but how he spent “the dash” between those years. Randy Blair’s dash reflects an exceptional life of service to God, his family, community, and humanity, always with a smile, a kind word and humility.

Randy and his wife, Nancy, were devoted members of St. Patrick’s Catholic Church. They served as Eucharistic Ministers for many years and were instrumental in ministering to and comforting many members of the parish and community. They served on St. Patrick’s Church Renovation and Expansion Committee from 2008-2009 and raised $1.5 million dollars to help expand the Church to seat 850 parishioners. He was elected President of St . Patrick’s Church Men’s Club on January 1, 2015 and served a two year term until December 31, 2016. He was honored to be invited by His Excellency Bishop James Tamayo of the Diocese of Laredo to join the Equestrian Order of the Holy Sepulchre of Jerusalem and was invested into the order on October 23, 2011 in San Antonio, TX.

Randy and Nancy’s 31-year marriage was a wonderful living example of love and devotion. They worked together as committed partners both at home and in their successful accounting practice. The couple was blessed with a loving son, Roger Andrew who lives in Houston, TX and is a Mechanical Engineer. Randy was an exemplary father and husband. He and Nancy enjoyed cooking, traveling, dancing, and fishing together.

He served as Boy Scout Leader for Troop 201 for six years. He shared many fun camping experiences with Roger and took great pride in Roger when he received the designation of Eagle Scout, the highest achievement attainable in Boy Scouting. Randy went on to serve as the Boy Scouts of America - South Texas Council Board Member from 2007 to Present; Aztec District Finance Chair - 2007 to 2008, and Assistant Scout Master for Troop 201 from - 2009 to Present. He was Ordained into the Order of the Arrow on May 7, 2011.

As a thirty plus year member of WBCA, he was responsible for organizing several major events, including Dinner with the President, Jalapeno Festival, Fireworks Extravaganza, International Bridge Ceremony and Mr. South Texas Luncheon Committee. He was very much looking forward to taking the helm as president of WBCA in 2020, which would have been the pinnacle of achievement for so many years of dedication to the organization. He received numerous awards for his service to the organization including Washington’s Birthday Celebration Association’s “President’s Award” in 1995, Matias De Llano Award 2002, “President’s Award” in 2013, and the Joseph A. Netzer Award” in 2015. Randy was also a member and officer of the Daybreak Rotary Club from 1985 to 1990 is a Paul Harris Fellow.

In 1999, he was named the Small Business Administration’s San Antonio District Office’s Accounting Advocate for 1999. Randy and Nancy were also named the 2008 Honorary Chairs of the JDRF “A Cure is Forever” Gala and the Laredo Morning Times “Hero of Hope” Award in June of 2010.

Randy also served his community as Republican Party Chairman in Webb County for the past eleven years. In spite of his strongly-held Republican principles, he was always sought after for comment on local and national political themes by all the news media.

Randy also served as an advisory board member to many organizations, including Bethany House of Laredo and did so for twenty two years. After his dear friend Patrick Alexander created “Bucks for Bethany” , Randy continued the program of locating venison donations to feed the hungry of our community.

Randy Blair’s life personifies Daniel Webster’s adage that “it is what a man does for others, not what they do for him, that gives him immortality.” His legacy of service to God and his fellow man as a great friend, an outstanding father, an amazing husband, and a kind and generous soul will live forever in the hearts and memories of those who had the privilege to know him in life. His time of service on earth brought joy, love, opportunity, and inspiration to countless people. Truly, Randy’s “dash” represented a life well-lived and an admirable legacy of service to others.

The Blair, Stewart and Powell families want to express their deepest gratitude to his Doctors, Dr. Manuel Santiago and Dr. Bryan Lin and his most caring and awesome nurses and PCA’s at Methodist Hospital 8th Floor, South Tower including:

On Saturday at St. Patrick’s Church a funeral mass will be held at 10 am and interment to follow at the Calvary Catholic Cemetery. We kindly ask everyone to meet at the church prior to the mass.

In lieu of flowers, those who so desire may make memorial donations in memory of Randy to:

Calvary Catholic Cemetery
To order memorial trees or send flowers to the family in memory of Randall Blair, please visit our flower store.