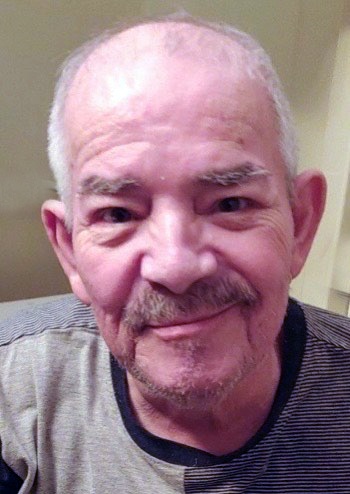 On Friday, January 21, 2022, Mr. Pedro Garza Jr., 74, entered into the Eternal Kingdom, having been surrounded by his loving family at his side. Pedro served his country proudly in the US Air Force during the Vietnam War and continued serving his fellow man in the Webb County Sheriff’s Department for over 30 years having retired at the rank of Captain.  He will be dearly missed by all who knew him.

The family will receive condolences on Monday, January 24, 2022 from 5 until 9 p.m. at Joe Jackson Heights Funeral Chapels, 719 Loring at Cortez, where a Vigil for the Deceased and Rosary will be held at 7 p.m.

Funeral procession will depart the chapel at 9:40 am on Tuesday, January 25, 2022 to St. Joseph Catholic Church, 109 N Meadow Ave, for a Mass of Christian Burial to be celebrated at 10 a.m.

Rite of Committal and Interment with Military Honors will follow at the family plot in the Calvary Catholic Cemetery.

You may extend your condolences, share a memory online at www.joejacksonfuneralchapels.com

Arrangements are under the care and direction of the funeral service professionals at Joe Jackson Heights Funeral Chapels, 719 Loring at Cortez, Laredo, TX 78040, 956.722.0001

To order memorial trees or send flowers to the family in memory of Pedro Garza Jr., please visit our flower store.