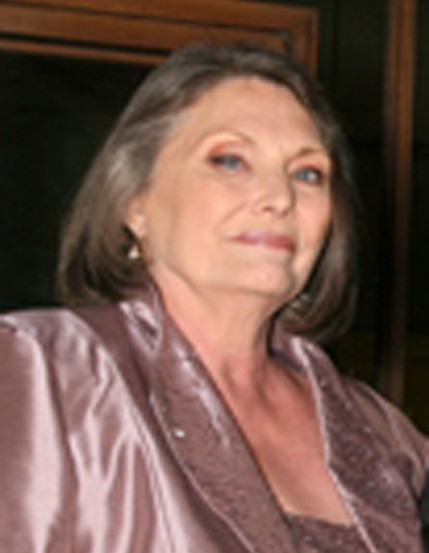 Mrs. Pamela Badovinac, age 76, went to be with the Lord on October 5, 2020.  Her passing was sudden, as she was in rehabilitation at Laredo Medical Center for a broken shoulder.

Pamela was born on July 6, 1944, in the small town of Redfield, South Dakota, to Lynn and Wilda Dorsey. While she was in Chicago, Illinois, pursuing opera training and a music education career, she met John Badovinac, who was born in Treviso, Italy. They married and had a daughter, Rachel Ramoni (née Badovinac). The family moved to Laredo in the early 1980s.

Pamela was very active in the Laredo community. For decades, she shared her love for music with students in the Laredo Independent School District. Christ Church Episcopal Church was a second family to her, and she led the choir there. She treasured the friendships she made through book club, the Red Hat Ladies, and charitable work for Border Region Behavioral Health Center. Pamela enjoyed learning about history, and she was active in the local chapter of the Daughters of the American Revolution, in which she was serving as Regent. One of her greatest joys was welcoming new citizens at naturalization ceremonies and honoring our veterans.

Pamela is survived by her daughter, Rachel, who lives in Washington, DC, and four siblings.  Her surviving brothers are Joel, Stuart, and David Dorsey. Her surviving sister is Paula Williamson (née Dorsey).

A Memorial Service will be announced at a later date.

You may express your condolences to the family online at www.joejacksonfuneralchapels.com or at Christ Church Episcopal where her memorial register book will be made available during normal office hours and Sunday worship.

Arrangements have been entrusted to the care and direction of the funeral service professionals at Joe Jackson North Funeral Chapels & Cremation Services, 1410 Jacaman Rd., Laredo, TX 78041; (956)722-8850.

To order memorial trees or send flowers to the family in memory of Pamela Badovinac, please visit our flower store.