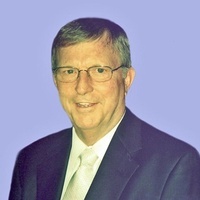 Mr. Neal Wayne Barker, 68, entered into the loving presence of God on Sunday, September 9, 2018, surrounded by his loving and caring family by his side. Neal was born on February 2, 1950 to the late Jessie Neal and Lucille Denson Barker in Lineville, Alabama, where he grew up and lived until he was 18 and graduated high school.

After high school, Neal entered and graduated from Aircraft Mechanic School and immediately afterwards entered the United States Air Force in 1973 until 1977, where he was honorably discharged from his duties.

The love story of Neal and Teresa began in 1981 when he attended in a wedding in Mexico City of a dear friend’s son and met his now wife, Teresa Siller. It was a story of fate, where only God knows his plan’s for each and every one of us. Quickly, Neal and Teresa found a never ending love story and after six months of courting, chocolates, roses and long distance phone calls, they wedded in April 25, 1981 in Guadalajara, Jalisco, Mexico. In Mexico and every time he would visit, he was given a nickname, “Guerito”, having stood out amongst the crowd. It is a nickname that stuck with him throughout his life. Having no family nearby, Neal and Teresa passed through many trials and tribulations and ten years after their marriage, they bore a child, Teresa Barker, who was their pride and joy as they see her as their miracle child.

They relocated to Laredo, Texas, where Neal had his longtime business, Barker Aeromotive, a business that he himself owned and operated for 40 years. A master aircraft mechanic from the onset of his life, he believed in this community and never wanted to leave. Neal started from the bottom up, with just a toolbox, persistence and a great amount of faith. He was crucial to the airline and aircraft industry in Laredo, bringing talented technicians and necessary operations in maintaining and repairing aircrafts. No amount of pain, no amount of age would keep him from dedicating his time to his passion. Neal tirelessly worked even up until two months before his passing, never letting his cancer defeat him. He closed his business on August 3, 2018, closing his legacy in this community. Barker Aeromotive continues today in his honor and will continue for years to come serving the aeromotive needs of this great community.

As we prepare to bid him farewell, we thank all those who made Neal a part of their lives and who made him feel welcomed and loved in a city that was far away from his native land, but a city that he cherished, loved and had faith in.

“I have fought the good fight, I have finished the race, I have kept the faith.” 2 Tim 4:7 May light perpetual shine upon you. Rest in Peace.

The family would like to thank Altus Hospice, Interim Health Care, Nurses, Assistant Nurse’s, his physicians at UT Health Science Center and the general UT Hospital System and all family and friend who took part in his medical and spiritual health and wellbeing.

In Lieu of flowers, a memorial contribution in his memory may be made to St. Jude’s Children’s Hospital.

The family will receive condolences on Tuesday, September 11, 2018 from 4 p.m. until 9 p.m. at Joe Jackson North Funeral & Cremation Services, 1410 Jacaman Rd., where a Vigil for the Deceased and Rosary will be recited at 7 p.m.

Rite of Committal and Interment will be held at a later date in a private ceremony.