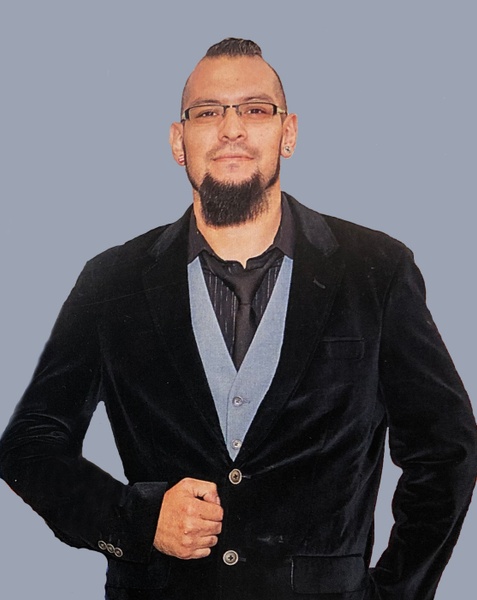 Mark Anthony Velasquez, 38, joined our Lord in His heavenly kingdom on Friday, March 12, 2021.

The second son born to Graciela A. Velasquez, and the late Raul D. Velasquez Sr., Mark was a loving son, a caring brother, and a proud father to his only child, Gracie Anabel.  He was a graduate of Alexander High School, class of 2000, where he discovered one of his innate talents. His art, sketches, and drawings channeled his passions into adulthood. Often, he would design original art for birthday cards and meticulously craft each petal and letter for the loved recipient. These were Mark’s common gestures that showed his deep love and generosity for his loved ones. This talent led him to the art of tattooing, but much like his father, he also enjoyed playing his guitar for his brothers, family, and friends. Mark was free-spirit with a heart of gold who loved spending time with his family and always looked forward to their annual family reunion, where his joyous laughter could be heard over the chatter; but his kind smile always made you feel welcomed. Although he left us way too early, we are comforted in our faith that Mark has reunited with his father in the kingdom of heaven, and he will be loved and missed dearly.

Visitation was held on Sunday, March 21, 2021 from 4 p.m. until 9 p.m. at Joe Jackson North Funeral Chapel & Cremation Services, 1410 Jacaman Rd.; where a Vigil for the Deceased and Rosary commenced at 7 p.m.

To order memorial trees or send flowers to the family in memory of Mark Velasquez, please visit our flower store.