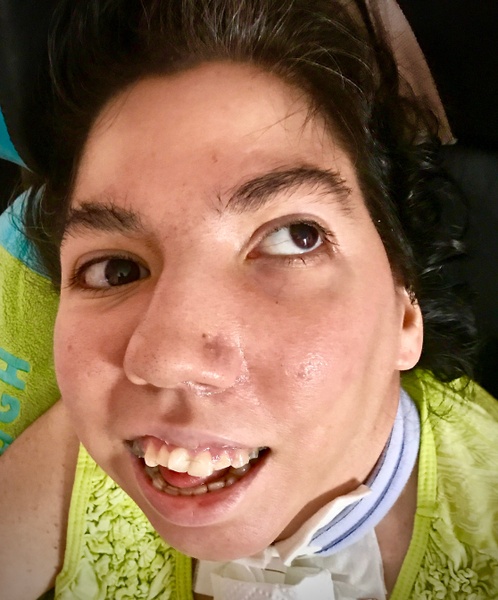 Maria Teresa “Terry” Rodriguez, 37, was called home to Our Lord’s heavenly kingdom. Terry was the daughter of Laura L. Blum García and Ricardo “Richard” A. (Patricia V.) Rodríguez and sister of Yessenia I. (John) Zigtema. Terry was named after both grandmothers. She was a great blessing to her family and relatives.

She is further survived by a large family of relatives, step-brothers and sister and their children, Matías (Brittany) Arámbula IV, Irma-Esther (Brandon) Borup, and Daniel (Marisol) Arámbula, along with Ian, Lillian, Mina, David & Eden and numerous other cousins and relatives.

In lieu of flowers, the family requests that donations be made to: Sacred Heart Children’s Home 3310 S. Zapata Hwy., Laredo, TX 78046 or St. Jude Children’s Research Hospital, (stjude.org), 501 St. Jude Place; Memphis, TN 38105 where an account has been set up in Terry’s name.

You may express your condolences and sign the guestbook online at: www.joejacksonfuneralchapels.com.

To order memorial trees or send flowers to the family in memory of Maria Teresa Rodriguez, please visit our flower store.