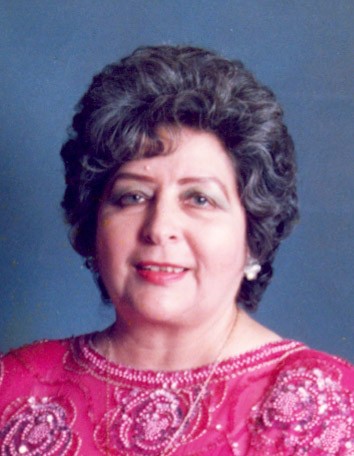 Mrs. Maria Irma Villafranca Peña, 86, entered into the loving embrace of God, the heavenly father on October 16, 2019, surrounded by her loving family at her side.

She is preceded in death by her spouse: Ernesto A. Peña; parents: Luis and Matilde Villafranca; siblings: Matilde Germaine, Bertha Rodriguez, Kelly Villafranca and Ramon Villafranca.

Mimi, her nickname since childhood, was born and raised in Laredo, TX. She was a member of the MAEMOC social club and a retired employee of the Texas Employment Commission, Tracor Industries, and others. She loved spending time with her siblings and her family. She viewed her family as the lights of her life, but in reality, she was ours.

The family would like to thank the professionals at the Laredo Rehabilitation Hospital, who took care of her in her final days. Every one of them, the therapists, nurses, and doctors, was a consummate professional and were extremely committed to her welfare. We are deeply indebted to them. We would also like to thank her longtime caregivers, Juani and Julia, for their professionalism and for treating her with respect and love. They were with her a long time and became part of our family.

The family will receive condolences on Tuesday, October 22, 2019 from 5 p.m. until 9 p.m. at Joe Jackson North Funeral & Cremation Services, 1410 Jacaman Rd. A Vigil for the Deceased and Rosary will commence at 7 p.m.

Mass of Christian Burial will be celebrated on Wednesday, October 23, 2019 at 9 a.m. at Our Lady of Guadalupe Catholic Church, 1718 San Jorge Ave. All attending are asked to meet at the church prior to the service.

You may extend your condolences to the family at: www.joejacksonfuneralchapels.com

To order memorial trees or send flowers to the family in memory of Maria Pena, please visit our flower store.