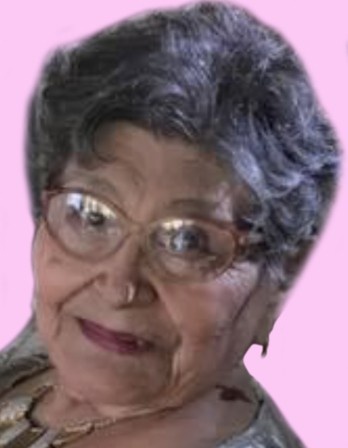 Maria Irma Lozano Morales, 86, was born in Laredo, Texas on September 25th, 1935 and peacefully passed away in her sleep, at her home on Saturday, October 09th, 2021. She was the eldest of four children born to parents, Concepcion and Esteban Lozano Sr. Irma graduated from the Holding Institute and attended Arlington College. She was the CEO for Lozano Transfer as well as the owner of Morales Grocery family businesses. She was a great philanthropist and was dedicated to many causes, she helped many organizations such as the PTA, United Way, St. Jude Children’s Home, numerous Veteran’s Associations, and countless others. She also served as the Women’s City Commissioner, Domestic Violence Coalition, Bingo Patron, Border Bingo, Gambit, and Holy Redeemer.

Irma married her one and only sweetheart, Rodolfo Morales Sr and together raised a beautiful family. She was a loving wife, mother, grandmother, great-grandmother, sister, and friend. She was strong and brave and was an exemplary role model for her family. She will be greatly missed by those who knew and loved her.

The family will be receiving condolences on Wednesday, October 13, 2021 from 4 to 9 p.m. at Joe Jackson North Funeral Chapel & Cremation Services, 1410 Jacaman Rd.; where a Vigil for the Deceased and Rosary will commence at 7 p.m.

Funeral Services will be held on Thursday morning, October 14, 2021 departing at 9:30 a.m. from Joe Jackson North Funeral Chapels to San Francisco Javier Catholic Church for a Mass of Christian Burial at 10 a.m.

The family would like to extend their most heartfelt gratitude to: Dr. Adonis Zuniga-Goldwater.

To order memorial trees or send flowers to the family in memory of Maria Morales, please visit our flower store.