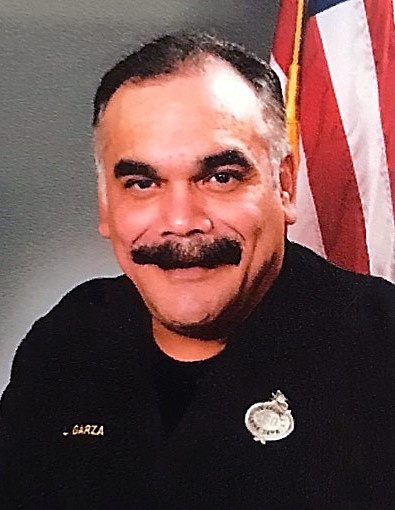 Leonel “Leo” Homero Garza, Jr., was granted his angel wings on Sunday, May 22, 2022, at the age of 63. He was surrounded by his family at Doctors Hospital of Laredo.

Born in Laredo on May 22, 1959, he was one of five siblings. Leo spent his life in Laredo and was a graduate of Nixon High School and Laredo Community College.

Leo dedicated his entire life to serving others in the community with his careers at both the Laredo Fire Department and Doctors Hospital.

In 1984, he started at the Laredo Fire Department. During his time at the Fire Department, he served as President of the Laredo Fire Department Federal Credit Union, retiring at Station 8 after more than 23 years of service. Leo also worked at Doctor’s Hospital serving in various capacities. Most notably, he became the first Laredo fire fighter to receive his nursing degree from Laredo Junior College in 1993 – paving the way for others to follow in his footsteps. During his 30 years at the hospital, he served in many roles from Operating Room Technician, Registered Nurse, Chief of the Emergency Room, Director of Critical Care and Lead House Supervisor.

With his vast experience in critical care and years of experience as an EMS paramedic, Leo had a profound and lasting impact on so many lives in the community through his life’s work. Throughout his career he developed friendships with many co-workers and patients that lasted to this day. His greatest legacy is the number of people he mentored and trained over the years who will continue to serve the Laredo community.

Leo met the love of his life, Sara, in 8th grade at Lamar Middle School. They were married in 1985 and had three children. Family was the most important thing to him. What he loved more than anything was spending time with his loving family, especially his two granddaughters. He was always the first in line every day to pick up his granddaughter from school.

Leo loved to listen to his favorite music and watch sports while drinking a beer with his family and many friends. There was no one better than Leo at crosswords and bingo which he loved to play on his iPad!

He was preceded in passing by his father, Leonel Homero Garza.

The family will be receiving condolences on Wednesday evening, May 25, 2022 from 5 to 9 p.m. at Joe Jackson North Funeral Chapels & Cremation Services, 1410 Jacaman Rd.; where a Vigil for the Deceased and Rosary will commence at 7 p.m.

Funeral Services will be conducted on Thursday morning, May 26, 2022 departing at 9:30 a.m. from Joe Jackson North Funeral Chapels to St. Patrick Catholic Church for a Eucharistic Celebration at 10 a.m.

There will a reception held in his honor after his graveside services at the Laredo Firefighters Union Hall, 5219 Tesoro Plaza, Laredo, Texas 78041.

To order memorial trees or send flowers to the family in memory of Leonel "Leo" Homero Garza, Jr., please visit our flower store.