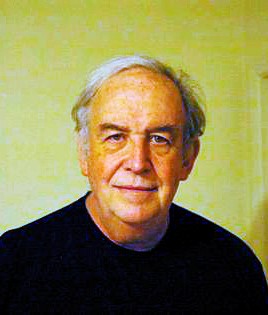 Leonard Laird Brown–dedicated husband, father, grandfather, artist, and educator–passed away from heart failure at Laredo Medical Center on Tuesday, June 14th. He was born to John and Geneva Brown in Evansville, IN on July 1, 1950 and grew up in the nearby town of Mount Vernon.

As a child, he was a Boy Scout, who loved exploring the woods and rivers of southern Indiana with his friends and fishing with his father, John, along the banks of the Wabash River. He and his family attended the Methodist Church in Mount Vernon, where his participation in choir sparked a love of music that would define his professional career and lifelong interests.

He attended Mount Vernon High School and met his future wife, Peggy, in choir practice. After his high school graduation in 1968, he studied music education at the University of Evansville and earned a bachelor of arts degree in 1972. Two years later, Leonard and Peggy married, and their two sons, Daniel and Nathan, were born soon after.

Leonard’s career in education began when he worked as a substitute teacher at various schools in Indiana and Kentucky; however, after he was unable to secure a full-time teaching position in those schools, he relocated with his family to Laredo, TX where he was hired as an assistant band director for United High School in 1982.

When the late nights and long weekends inherent to band directing impinged on his time with his family, he became an elementary school music teacher at Clark and Finley Elementary–this long-lasting career change would bring great satisfaction, the adoration of his students, and the title of “Teacher of the Year'' at Finley. He retired in 2004 after 22 years of fostering his students’ love of music.

Over the years, Leonard also shared his musical passion by playing the French horn for the Evansville Philharmonic Orchestra, the Owensboro Orchestra, the Terra Haute Orchestra, and the Laredo Philharmonic Orchestra. These experiences led to a fascination with the mechanics of musical instrumentation and a 15-year side hustle repairing damaged instruments for both Laredo school districts. This interest bloomed into a fervent hobby through which he built and sold over 30 instruments, specifically natural horns. Because of his expertise and craftsmanship, he received many honors for his work.

Despite his achievements as a teacher and horn builder, Leonard was most proud of his role as a loving, committed family man. As a parent, he sought to instill in his sons, Daniel and Nathan, an appreciation for a wide array of music, a love of nature, a penchant for pranks, and an understanding that nothing matters more than being an attentive father. Daniel, Leonard’s oldest son, inherited his teaching gene and has worked as an educator for 22 years. His younger son Nathan learned by example how to be a present, doting, and compassionate father to his own two boys, Ilán and Joaquín.

A private memorial will be held at an undisclosed location in Laredo. In his memory, Leonard’s family requests donations be made to the Laredo Center for the Arts.