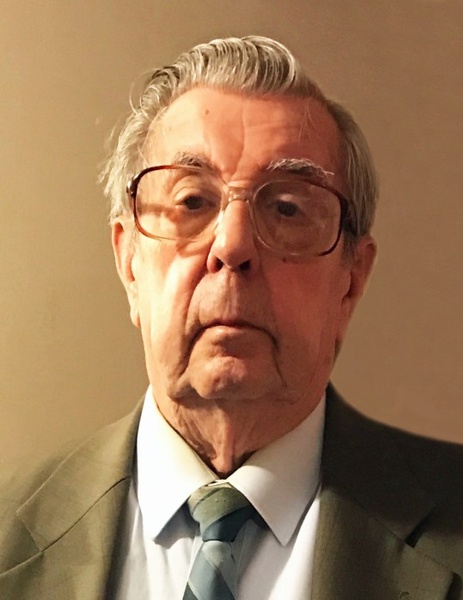 Lauro Roman Benavides, 90, entered into the gates of heaven on Wednesday, December 04, 2019 at his residence surrounded by his loving family.

He was preceded in death by his parents: Roman and Margarita Benavides; sister: Rosenda Benavides; and brother: Roberto Benavides.

Mr. Benavides was born in Laredo, Texas. He graduated from St. Joseph’s Academy in 1948. After serving in the United States Air Force, he went on to receive a law degree from St. Mary’s University School of Law in San Antonio, Texas. In December of 1967, he met Maria Enriqueta Aguilar and the two wed the following year at Blessed Sacrament Catholic Church. Together, they had two children, Ricardo and Lenora Rebecca.

Mr. Benavides enjoyed a long and rewarding career as an attorney serving the Laredo Community. He was honored by the Laredo-Webb County Bar Association for Fifty Years of Service in 2010. In addition to practicing law, Mr. Benavides enjoyed spending time with family at his ranch, reading, watching sports on television, and keeping up with current events.

The family will be receiving condolences on Sunday evening, December 8, 2019 from 5 to 9 p.m. at Joe Jackson North Funeral Chapels & Cremation Services, 1410 Jacaman Rd.; where a Vigil for the Deceased and Rosary will commence at 7 p.m.

Funeral Services will be held on Monday morning, December 9, 2019 departing at 9:30 a.m. from Joe Jackson North Funeral Chapels to St. Patrick Catholic Church for a Mass of Christian Burial at 10 a.m.

The family would like to extend their most heartfelt gratitude to his caregiver, Olga Villegas.

To order memorial trees or send flowers to the family in memory of Lauro Benavides, please visit our flower store.