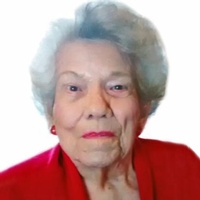 Lasker was a loving mother and grandmother, there was nothing she enjoyed more than spending time with her family. She was very proud of being a great grandmother. One of the greatest joys of her life was running her beloved ranch. She also enjoyed cooking, sewing, and gardening. She was an active member of her faith. She served on the Salvation Army Board and was a proud member of the Daughters of the American Revolution.

She was preceded in death by her parents, Herman B. and Lilla May Beaman O’Keefe; and her brother, Herman B. O’Keefe Jr., whom she was a caretaker of for 20 years after her mother’s passing.


The family would like to express their sincere gratitude to Norma Martinez for her never failing love and presence in mother’s life.

Interment will follow at the family plot in the Laredo City Cemetery.