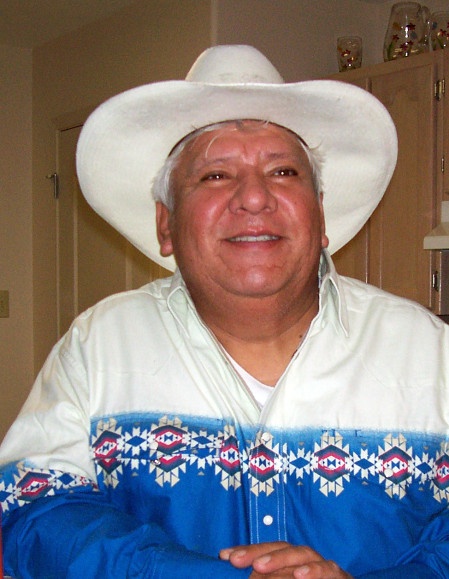 Juan Armando Ramos was born on Sunday, November 27th, 1949, and on Saturday, May 21st, 2022, he drew his last breath. For twenty-six thousand four hundred and seventy-three days, Armando honored us with his wisdom, honesty, intelligence, and his witty ways. He was born in Laredo, TX to Feliciano and Blanca Ramos.
He came from humble beginnings and was taught the value of hard work. Never shy of a challenge or a tough work situation. He always found a way to overcome any obstacles in his way. That being said he attended and graduated from Martin High School in the year 1970. Soon after graduating from high school Armando enlisted and served in the United States Air Force. Through this journey, he was accompanied by his loving lifetime partner of fifty-one years, Carmen C. Ramos. On September 21st, 1971, Armando and Carmen welcomed their son, Juan Armando Ramos Jr. While in the armed forces Armando managed to get his Master Electrician License and Contractor License. After putting four years of hard work and dedication into the U.S Air Force, Armando began working at the LISD electrical department, and soon after that, he worked at The TexMex Railroad.
As the hardworking man that he was, Armando ended up starting his own company which many know as County Wide Electric. Armando's father, himself, his son, and his two granddaughters began to work all over Laredo and out of town doing jobs for many.
Armando was all work until the workday was over. In his spare time, he loved attending conjunto festivals, spending time with friends and family, chasing a race, and making people laugh.
A truly one-of-a-kind son, brother, father, grandfather, and friend. Although Armando is already deeply missed, we know that he has been received in the embrace of his Heavenly Father where he will remain in peace and love everlasting.

Armando Ramos is preceded in death by his parents Feliciano and Blanca Ramos, his brother Hector F. Ramos, and daughter-in-law Alma G. Ramos.

Funeral Services will be conducted on Saturday morning, May 28th, 2022. We will be meeting at Our Lady of Guadalupe Church for Mass at 10 a.m. After the mass is concluded we will be departing from church to Joe Jackson North Funeral Chapels.


The family will be receiving condolences on Saturday evening, May 28, 2022, from 12 pm to 4 p.m. at Joe Jackson North Funeral Chapels & Cremation Services, 1410 Jacaman Rd., where a Vigil for the Deceased and Rosary will commence at 2 p.m.

Private cremation will be held at a later date.

To order memorial trees or send flowers to the family in memory of Juan Armando Ramos, please visit our flower store.