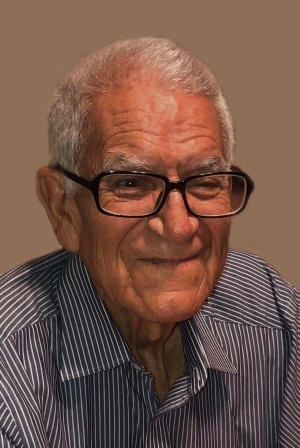 A very down to Earth man who will be greatly missed by his family and all who knew him. Mr. Trejo was a devoted catholic who worked at Christ the King Catholic Church for 10 years. He loved listening to music, playing his guitar and singing at weddings, funerals, and masses. He also worked for over 25 years at the Laredo Children Museum located in LCC.

He was preceded in death by his parents, Abraham and Maria Trejo.

The family will be receiving condolences on Sunday evening, August 4, 2019 from 5 to 9 p.m. at Joe Jackson Heights Funeral Chapels & Cremation Services, 719 Loring at Cortez; where a Vigil for the Deceased and Rosary will commence at 7 p.m.

Funeral Services will be held on Monday morning, August 5, 2019 departing at 9:45 a.m. from Joe Jackson Heights Funeral Chapels to Our Lady of Guadalupe Catholic Church for a Mass of Christian Burial at 10:15 a.m.

The family would like to extend their most heartfelt gratitude to: Mr. & Mrs. Zamarripa from Laredo, Texas for their kindness, guidance and support.

To order memorial trees or send flowers to the family in memory of Jose Trejo, please visit our flower store.