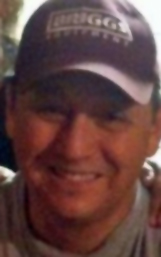 On August 11, 2020, Jose M. Salinas, lovingly known as “Pepe,” was drafted to serve in Heaven at the age of 72. Whether he was deployed in South Vietnam, taking care of his dying mother, or going on road trips, there was always another mission for this soldier until the time came when he earned his wings and was honorably discharged from this world.

Even after he left the military, Pepe continued to serve others as he volunteered for Christ the King Church, and helped local veterans through bucket brigades, and steak plate sales.

Always wearing a Vietnam Veteran or Dallas Cowboys hat, the most important cap Pepe wore was that of caregiver as he helped his family by listening to heartaches, fixing their homes and cars, or buying meat for carne asadas.

He did not marry or have children, but Pepe was a father figure to many nieces and nephews. He enjoyed adventures with them such as road trips to Michigan, California, Tyler, and Saginaw. Though he attended Paul McCartney and George Strait concerts, and saw the Dallas Cowboys in person multiple times, quiet moments at home with his trusty little ice chest were just as meaningful as his grand journeys because Pepe was surrounded by the people he loved.

Whether speaking to veterans, relatives, or neighbors, it was impossible for Pepe not to mention how proud he was of his beloved “children of the corn” Amy and Joey.

The family will be receiving condolences on Monday evening, August 24, 2020 from 5 to 9 p.m. at Joe Jackson Heights Funeral Chapels & Cremation Services, 719 Loring at Cortez; where a Vigil for the Deceased and Rosary will commence at 7 p.m.

Funeral Services will be held on Tuesday morning, August 25, 2020 departing at 9:40 a.m. from Joe Jackson Heights Funeral Chapels to Christ the King Catholic Church for a Mass of Christian Burial at 10:00 a.m.

Rite of Committal and Interment will follow at the Laredo City Cemetery.  Military honors will be provided by Fort Sam Houston U.S. Army and the Local Post 59.

To order memorial trees or send flowers to the family in memory of Jose Salinas, please visit our flower store.