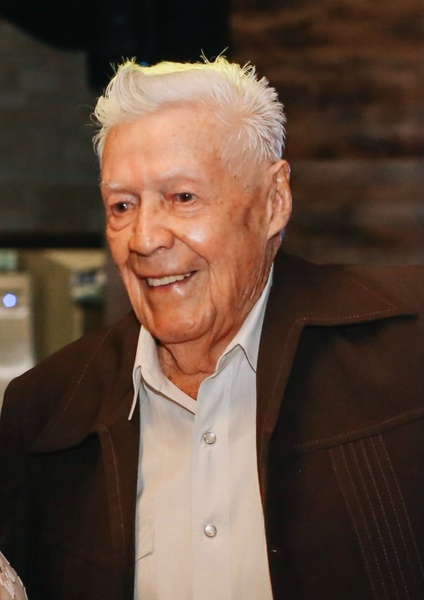 Jose, or Joe as many knew him, was born in Corpus Christi, Texas, and moved to Laredo, Texas where he was a longtime resident.

Joe was a veteran of the US Navy and worked for AT&T for more than 30 years showing his utmost dedication to both.  He then retired and began spending most of his time with family and at his ranch.  He always enjoyed spending Easter out at the ranch with his family where they would share memories, take rides along the fence line, and barbeque together.  Always the boisterous one, Joe always had a joke or story to tell whenever he was around others.  He wasn’t afraid to get out in the Laredo heat and work the ranch, work on machinery, or do yard work.  Even into his early 90’s he would hop on the tractor to give hay to the cattle on the ranch or go out and fix fence lines with his sons.

Although Joe’s ranch was important to him, his greatest achievement was his family.  He passed on his determination, strength, independence, and discipline to the generations succeeding him.  His final years were spent enjoying time with his sons and grandchildren, going to the ranch, visiting with friends at the local American Legion, and reminiscing memories with those who would visit.

The family will be receiving condolences on Sunday evening, May 1, 2022 from 5pm to 9pm at Joe Jackson Heights Funeral Chapel & Cremation Services, 719 Loring at Cortez.; where a Vigil for the Deceased and Rosary will commence at 7 p.m.

Funeral Services will be held on Monday morning, May 2, 2022 at Joe Jackson Heights Funeral Chapels for a chapel service at 10:30 a.m.  The procession will then depart at 11:15 a.m.

Military Honors will be provided by the US Navy and the local American Legion.

To order memorial trees or send flowers to the family in memory of Jose Rodriguez, please visit our flower store.