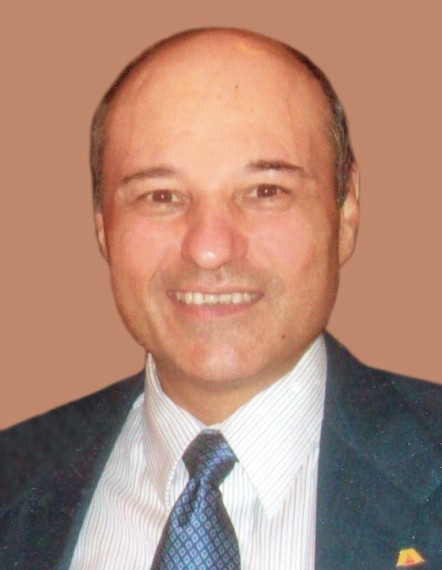 Jorge David Cedillo, 66, was welcomed into our Lord’s heavenly kingdom on Wednesday, March 10, 2021.

It is with a heavy heart that Laredo has lost one of its great sons, Jorge D. Cedillo. His involvement with the local community is immeasurable. There are not many who were aware of his major achievements, generosity, hard work, and love for those around him. He was no stranger to volunteer work; he enjoyed giving his time and hospitality to our local churches, schools, and community organizations. His contributions to the community were undoubtedly vast, he won numerous achievements and served as: Executive Board Member of the Laredo Chamber of Commerce, former President of Vantage Bank, Board Member for the Kiwanis Club of Laredo, and Board Member of NeighborWorks. He was a well-known advocate for border economic issues and supported many local Laredo businesses. A proud University of North Texas Alumni, Jorge Cedillo earned his B.B.A. in Administrative Management with a minor in Finance and Industrial Management. Jorge’s relationships extended far throughout the South Texas community, he was well known as both an important local business advisor and compassionate family man.

Jorge was a man of great and steadfast faith who always held his Christian moral values in high regard and who practiced it daily.  He has been a great hero, mentor, friend, husband, father, and family man to many. Jorge D. Cedillo’s legacy began the day of his birth, on November 29th, 1954 and has been a major source of love and inspiration for the Cedillo family and beyond ever since. He will greatly be missed by those who knew and loved him.

He is preceded in passing by his parents, Jesus and Eludina Cedillo; as well as his parents-in-law, Julian and Aurora Ramirez.

The family will be receiving condolences on Sunday, March 14, 2021 from 5 to 9 p.m. at Joe Jackson North Funeral Chapels & Cremation Services, 1410 Jacaman Rd.; where a Prayer Service led by Pastor Norman Howell will commence at 7 p.m.

We wish to thank all of our family, friends, and acquaintances that have expressed their condolences on the loss of our beloved father.  After careful consideration and out of concern for everyone’s health and safety during this pandemic, we still ask that those who chose to pay their respect and give condolences in person to please wear their facemasks at all times and follow CDC COVID-19 guidelines by maintaining safe social distancing.

Live streaming of his services will be available on the funeral home website linked to his online obituary beginning at 6:30 p.m. on Sunday evening, March 14, 2021.

To order memorial trees or send flowers to the family in memory of Jorge Cedillo, please visit our flower store.