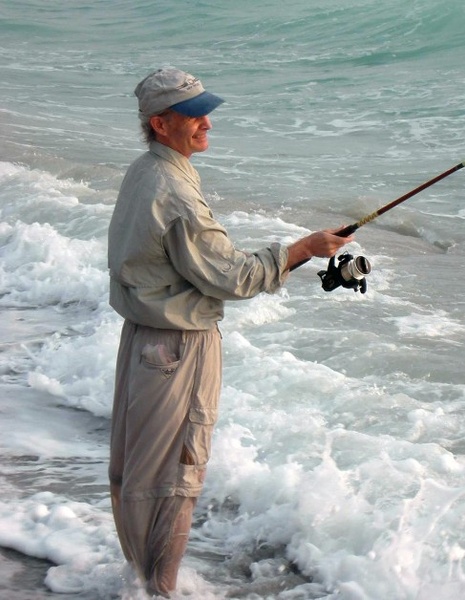 John Harvey Slack, 74, of Oldsmar, Florida passed away doing what he loved most, birdwatching and connecting with nature, on May 28, 2021. A devoted husband and loving father, he was an accomplished immunologist, avid birdwatcher and plant enthusiast.

John is survived by his wife Rebecca Clark Slack, his children Kelly Marie Slack and John Michael Slack, his daughter-in-law Jessica René Slack and his beloved dog companion Tessa. He was predeceased by his parents John Madison Slack and Doris Enger Slack.

John was born in Morgantown, West Virginia in 1946. An only child, he spent much of his early childhood outdoors, learning to hunt grouse with his father, fishing for trout, and collecting butterflies. He graduated from Morgantown High School and received his bachelor’s degree in Biology from West Virginia University. He then attended the University of Maryland where he obtained a PhD in Developmental Biology and began his career as an immunologist. He would later become a pioneer in the field of immunology, developing a patent for rapid strip testing for early detection of a respiratory virus in infants.

John was also an amateur inventor, always coming up with unique ideas to try around the house. Most notably, he invented the “Tinkle Tank”, a gravity-fed water catchment system that he prototyped in the front yard to sustainably redistribute rainwater to water the lawn.

He married Rebecca in 1972 and, in true John Slack fashion, took her camping and fishing in Canada for their honeymoon. As they settled in Carmel, Indiana and raised two children together, many wonderful memories were created; especially in one of John’s favorite family vacation spots, Sanibel Island, where they would fish for snook and search for seashells.

Aside from his family, John’s true passion was birdwatching. In his mid-30s, he found his “spark bird”, the Golden-winged Warbler, which kick-started his hobby and later became his favorite species. He loved traveling the world to find birds he’d never seen, and his many expeditions took him through countless states across the U.S., as well as Spain, Greece, Italy, Scotland, Ireland and more. He especially loved exploring his favorite hotspots: the Rio Grande, Madera Canyon and Magee Marsh. A true adventurer, he once journeyed deep into the Alaskan wilderness in search of its rarer avifauna, where he spotted one of the most prized birds of the region: the Bristle-thighed Curlew. Just days before his passing, he celebrated his 740th ABA sighting, the Golden-cheeked Warbler, with his son Johnny by his side.

Of course, birdwatching wasn’t John’s only hobby. In addition to Old Western’s like Gunsmoke, he loved watching sports and cheering on his favorite basketball, football and baseball teams, showing lifelong loyalty to the West Virginia Mountaineers and the Pittsburgh Pirates. His all-time favorite athlete was Baseball Hall of Famer Roberto Clemente. He spent the golden years of his retirement working to create an oasis for Florida wildlife in his home garden and traveling with his family.

A private ceremony with immediate family was held at the Curlew Hills Memory Gardens in Palm Harbor, Florida. In lieu of flowers, the family suggests that donations be made to the Wild Bird Fund http://www.wildbirdfund.org or the National Audubon Society http://www.audubon.org

To order memorial trees or send flowers to the family in memory of John Slack, please visit our flower store.