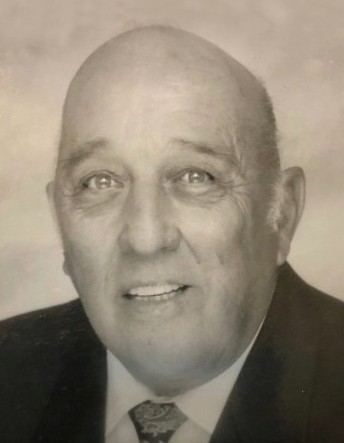 John was born on July 18, 1935, in Laredo, Texas.  He grew up in La Azteca neighborhood and attended Central Elementary School, Martin High School, and Laredo Junior College.  While attending Martin High School, John and his friends Juan Garza Góngora†, René Herrera†, and René Ornelas, began singing together.  After graduating in 1954, they formed a quartet called The Quarter Notes.  Two years later they won the Arthur Godfrey Talent Contest and appeared on The Ed Sullivan Show after which they began touring nationally.  The Quarter Notes signed two record deals with Deluxe and Dot & Fox Records, ensuring their music reached a wide audience of both English and Spanish listeners.  The Quarter Notes entered the U.S. Army under the “Buddy System” in 1958 and John served his country until he was honorably discharged in 1961.  During their service, The Quarter Notes rose to fame, touring internationally and entertaining U.S. Troops at military bases around the globe including France, Spain, Panama, Italy, and Germany to name a few.  The Quarter Notes were named Martin High School Tiger Legends for their vast musical accomplishments.

Being a proud Laredoan, John dedicated 28 years of his life working for the City of Laredo’s Community Development Agency.  John’s charisma was undeniable, he was a family man who loved singing at gatherings and recounting stories from his travels for his grandchildren.  He was always happy to oblige his community by helping to reunite The Quarter Notes to play for events and special occasions.  Even after the first member of the quartet chose a different path, he enlisted his dearest friend, Jorge “Tito” Sanchez, to complete the quartet and The Quarter Notes continued performing for many years. He was happiest at the ranch, with his family and friends, enjoying hunting, camaraderie, and using his guitar to make every gathering a joyous one.

The family would like to extend their greatest appreciation to his loving caregiver Angela Gutierrez, to City of Laredo Fire Department Station 4, to Ruben (RN) and all the staff at Doctor’s Hospital Med 1 Unit, to our dear friend Dr. Milton Haber and to Father Wojciech Prystasz for your kindness and attention to our beloved father.

A funeral service for family members will be held on Wednesday, November 4, 2020 at Joe Jackson North Funeral Chapel.  Interment will follow at the family plot of the Catholic Cemetery.  Due to the current pandemic, the family asks that those wishing to express their condolences please do so online at: www.joejacksonfuneralchapels.com.

To order memorial trees or send flowers to the family in memory of John Orfila, please visit our flower store.