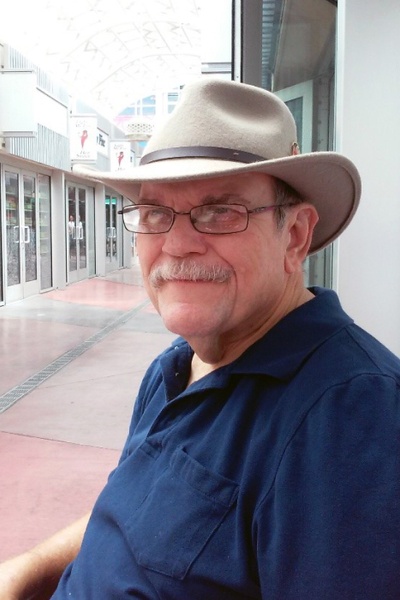 James Dixon Winsett, 67, a good and kind man, joined our Lord in His heavenly kingdom on Monday, February 14, 2022.  Born on June 27, 1954, in Shattuck, OK, James was raised in Annaville, TX. He attended and graduated from Calallen ISD Schools, where he played the coronet in the School Band and participated in school plays.  After a few years as a land surveyor in Utah and Wyoming, James returned to complete his BS Degree in Civil Engineering at Texas A&I, Kingsville. James then engaged in several business ventures with his uncle in Midland, TX, before relocating to Laredo and joining TEXDOT where he worked until his retirement in 2020.  It was in Laredo that James met the love of his life, Elsa.  After three years of courtship, they married in 2009, and enjoyed their years together, traveling, gardening, and rescuing and raising a menagerie of dogs, joyfully spending time with one another. James was very active in The First United Methodist Church, where he served as a Board Member and was most recently named President of the UMM.  James and Elsa made many friends at the church and enjoyed spending time with them.  James will be greatly missed by all who knew him.

He was preceded in death by his parents, Dorothy and Paul Winsett; his sister, Paula Winsett Roesler; and his nephew, Oliver J. Winsett.

Left to cherish his memory are his loving wife, Elsa M. Winsett, his brother, Dennis E. Winsett and his wife, Anna, of Bedford, NH; his nephew Jason P. Roesler, his wife, Emily, of New Braunfels, TX and their children, Dylan, Caden, Braden and Hannah; and his niece, Emily W. Dutton, her husband, Steven of Goffstown, NH and their children Owen and Penelope.  He is also survived by his brother-in-law, Antonio J. Gonzalez and his wife Shirley of Laredo, TX; his nephews, Antonio J. Gonzalez, Jr., and Christopher D. Gonzalez and his wife Anna, all of Laredo, TX; and Porfiro and Gorratti Gonzalez and Rafael and Claudia Gonzalez, all of Laredo, TX, and various nieces and nephews. He leaves his two remaining dogs, Pepper and Bubba.

The family would like to extend their most heartfelt gratitude to: Robert N. Schnitzler, MD, and his assistant, Meredith, at Methodist Hospital, San Antonio, TX, and the doctors and other caregivers who helped him throughout his recent illnesses.

In lieu of flowers, the family kindly requests that you consider making a donation in James’ name to: The First United Methodist Church of Laredo, 1220 McClelland, Laredo, TX 78040

To order memorial trees or send flowers to the family in memory of James Winsett, please visit our flower store.