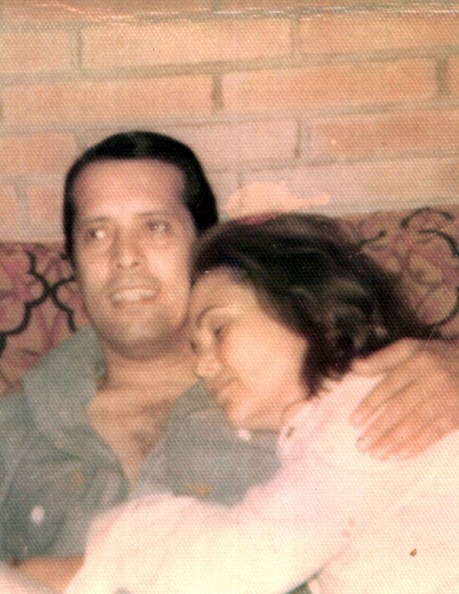 Ivor Edward “Eddie” Plant was preceded in death by his parents: Arthur Noel Plant and Anita Plant; his son: Ivor E. Plant, Jr.; and the love of his life, his wife: Rosie Plant.

At age 7 his family moved to Miami, Florida, 4 years later they moved to London, England where his family originated. Once there, Eddie was enrolled at Lattimer School where he graduated at age 15. He went on to work at PANAM Airways in the sales and reservations department for almost three years. Eddie inherited his parent’s love of travel. On a couple of occasions they motored across France. Later, when he was at PANAM he would spend several weekends in Paris. Shortly before he turned 18 the family moved to Nassau, Bahamas, with his parents’ consent he went on to Miami where he joined the Air Force. After three months of basic training at Lackland Air Force Base in San Antonio, he was assigned to the newly reactivated Laredo Air Force Base, the year was 1953. Eddie hated Laredo, it was a dusty little border town where 90% of the streets were unpaved and at least one third of the wood frame homes had no indoor sewer system. The population was slightly over 39,000. He put in for a transfer every chance he got. Then one day he walked into a downtown store and from a distance saw a young girl about his age. That instant, he knew that beautiful young lady was meant for him. They started dating and would spend evenings saying on “their bench” at San Agustín Plaza. Less than a year later, at a small wedding ceremony without parents, they were married on July 04, 1954. Their wedding took place around the same time that Laredo went through the worst flood ever, bringing down the only international bridge, at the time.

After his discharge from the Air Force he tried different jobs but nothing satisfied him, until one day through a good friend, he applied at a hotel that was under construction. Because of his previous experience with PANAM he was hired as assistant manager to organize the reservations and front desk departments. A few weeks later La Posada hotel opened. Three years later he took over as General Manager, a position he held for another 14 years. During this time, while standing out in front of the hotel he noticed city employees removing the wrought iron benches. He walked over and saw his good friend, Paul Garza, who at the time was City Engineer, and he commented that they were replacing the old wrought iron benches with ones made of stone. Eddie asked his friend what it would take for him to get the small bench were he and Rosie used to sit on when they were dating, and his answer was, “get your boys from the hotel to take it away”, which he did. To this day, that bench is still in their patio. Every 4th of July, their daughter, Patricia would stop by their home and take a picture of the two sitting on that bench. It was part of their rich love life.

During his tenure at La Posada and the years that followed, he managed countless other hotels, through his Tourhotel Management Company and served 14 years on the Board of Directors of the Texas Hotel & Motel Association, 12 years as Chairman of the Mexico Relations Committee, 5 years as President of the Laredo Hotel Association, 3 years on the Board of Directors of the Laredo Chamber of Commerce, 7 years on the Tourist and Convention Council and 1 year as Chairman. He also helped organize hotel and restaurant classes at the Laredo Junior College and was the original instructor for the first two semesters.

In 1979 he and Rosie opened the Paddock Restaurant & Pub in front of St. Peters Church. Seven months later, he was offered and accepted the position of V.P. and G.M. of La Mansion del Rio Hotel in San Antonio. Rosie stayed behind managing the restaurant until its sale in 1980. Eddie took on the task of opening a new wing of 173 rooms at La Mansion. The following year he returned to Laredo to form the Tourhotel Management Company. He took the floundering Ramada Inn and made it the successful Best Western Casa de Palmas. A month later he took over the Travelodge and brought on board a good friend, Russ Fitchner and his wife, Rosie. At the same time he was negotiating for the management of the Hamilton Hotel, which was facing bankruptcy, they soon took it over along with the Faust Hotel in New Braunfels. Over the next few years, three of the properties were sold, as they became more profitable. They did however keep the Hamilton Hotel for almost nine years, until its sale.

He and Rosie lived the good life for a couple of months going to Nuevo Laredo, eating and betting on the horses, which they both loved doing. Then one day, in 1994, Eddie got a call from an old friend in Saltillo, he represented Servicios Turisticos de Saltillo and wanted to know if he would be interested in overseeing four hotels and the construction of a fifth one in Saltillo. After Rosie and he discussed it overnight, they agreed to move to Saltillo, with one provision, that they could leave for four days every third week, to visit their home in Laredo, which they remained for most of their married life.

Eddie signed a contract, in dollars, for one year, unfortunately in 1995 there was a very strong devaluation of the peso, the Mexican partners asked Eddie if he would consider cancelling the contract, which he did. They returned to Laredo after what they both considered a wonderful experience.

After another rest period, they agreed that Eddie should concentrate on opening a small private hotel in Nuevo Laredo, along the line of the Casa de Sierra Nevada, in San Miguel de Allende. He eventually found a good location right downtown; however, it was very slow moving since the property was owned by the Seguro Social. In the meantime, Eddie had contacted numerous country clubs throughout Texas and they all signed on to give their members access to this private hotel. In the meantime, drug cartels were fighting for control of Nuevo Laredo, so he and his partners decided to cancel their project.

While he was contemplating what to do next, Rosie was diagnosed with dementia. Eddie didn’t have to think twice, he retired in order to dedicate his life to being with her and taking care of her full time. The alzheimer’s took its time, a little over six years but all this time he took care of her willingly and with love.

All services will conclude at the conclusion of the mass.

In lieu of flowers, the family kindly requests that donations be made in his memory in the form of blankets and toys that can be taken to Blessed Sacrament Catholic Church, as well as to NAMI (National Alliance on Mental Illness) at NAMI, PO Box 49104, Baltimore, MD 21297.

To order memorial trees or send flowers to the family in memory of Ivor Edward Plant, please visit our flower store.