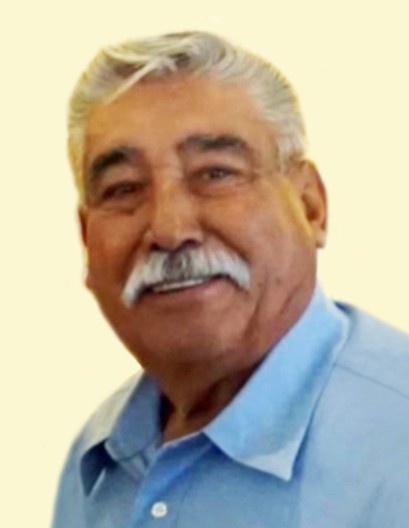 Hugo P. Garcia was welcomed in our Lord’s heavenly kingdom on Thursday, February 25, 2021. He was 79 years old.

Hugo was born on August 04, 1941 in Guerrero, Tamaulipas, México. Like many of his generation, Hugo left Laredo in 1957 for the Midwest in search of work and opportunity. After working briefly in manufacturing in the suburbs of Chicago, IL, Hugo returned to Laredo in 1976 where he enrolled in Laredo Junior College; earning his journeyman electrician certification. For the next four decades, Hugo worked in Laredo as a Master Electrician, eventually opening up his business—Hugo Garcia Electric, Inc.—with his wife in 1989. In that time, Hugo established a reputation for his humble, hardworking demeanor, earning him a leadership role on the Electrical Examining Advisory Board for the City of Laredo.

Whether it was at the ranch with a good carne asada or at family gatherings, “Papá”, as his grandchildren called him, delighted in his time spent with family and friends. Those who knew Hugo, know of his affinity for rancheras, country music, and the dance floor. For many years, Hugo could be seen with his kids, and later grandkids, at the Laredo International Fair and Exposition, showcasing what had become a family tradition of raising animals.

The family will be receiving condolences on Sunday evening, February 28, 2021 from 5 to 9 p.m. at Joe Jackson North Funeral Chapels & Cremation Services, 1410 Jacaman Rd.; where a Vigil for the Deceased & Rosary will commence at 7 p.m.

Funeral Services will be conducted on Monday morning, March 01, 2021 departing at 8:30 a.m. from Joe Jackson North Funeral Chapels to Our Lady of Guadalupe Catholic Church for a Mass of Christian Burial to be celebrated at 9 a.m.

Live streaming of his services will be available on the funeral home website linked to his online obituary beginning at 6:30 p.m. on Sunday evening, February 28, 2021.

The Garcia Family would like to extend their utmost gratitude to: Doctors Milton Haber, Rafael J. Deliz, and Eduardo Miranda; in addition to his nurses Raul Hinojosa and Robert who all provided excellent care during his time of need.

To order memorial trees or send flowers to the family in memory of Hugo P. Garcia, please visit our flower store.