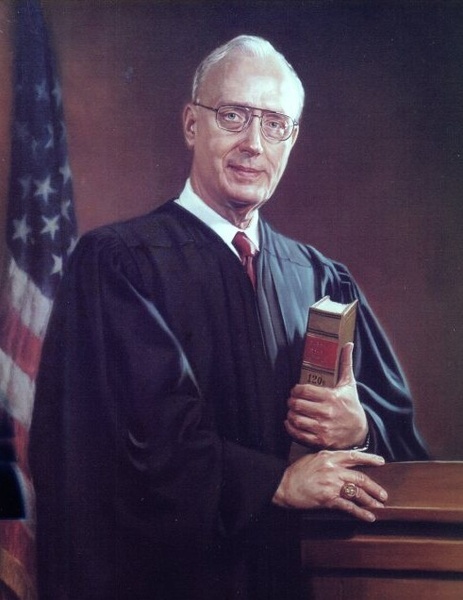 Judge George P. Kazen, respected jurist, outstanding contributor to the community, loving father, grandfather, and friend died on April 27, 2021. He died peacefully at his home, surrounded by his family.

Judge Kazen was the grandchild of Lebanese immigrants. He was born in Laredo, Texas on February 29, 1940, to Judge E. James Kazen and Drusilla Perkins Kazen.

Judge Kazen’s earliest scholastic achievements foreshadowed his future accomplishments as a jurist. A gifted student, he attended Laredo’s St. Joseph’s High School, and he graduated in 1955 as Valedictorian at fifteen years of age. In 1960, he obtained a Bachelor’s degree in Business Administration from the University of Texas at Austin, graduating again as the highest-ranking member of his class. Judge Kazen attended law school at the University of Texas at Austin, where he served on the editorial board of the Texas Law Review as Casenote Editor and authored three casenotes and one comment. Judge Kazen graduated with honors as UT Law’s Grand Chancellor, an award going to the student with the highest-grade point average. He also passed the 1961 administration of the Texas Bar Examination with the highest score recorded in fifteen years.

Following law school, Judge Kazen began his legal career as a briefing attorney for the Texas Supreme Court, where he served from 1961 to 1962. He then entered the U.S. Air Force as a JAG officer and eventually rose to the rank of Captain. He was awarded the Air Force Commendation Medal in 1965.

Upon completing his military service, Judge Kazen returned to Laredo, where he practiced privately as a named partner at what would become the law firm of Mann, Freed, Kazen & Hansen. Judge Kazen was the founder and first President of the Laredo Legal Aid Society, now known as Texas Rio Grande Legal Aid. In 1970, his legal acumen earned him Outstanding Young Lawyer, a title bestowed on him by the Laredo Jaycees. He served as President of the Laredo Bar Association from 1976 to 1977.

Locally, Judge Kazen was also a member of the Board of Directors of the Economic Opportunities Development Corporation, where he served from 1968 to 1969 as Vice President and President; a Trustee for the Laredo Junior College from 1972 to 1979; and a member of the Laredo Chamber of Commerce from 1975 to 1976. On the statewide level, Judge Kazen was a charter member of both the Texas Criminal Defense Lawyers Association and the Texas Association of Bank Counsel.

In 1979, Judge Kazen was appointed a United States District Judge by then President Jimmy Carter, and he served in that position until his retirement thirty-nine years later in 2018. With his keen intellect and boundless work-ethic at his disposal, Judge Kazen made contributions to the administration of justice which have resonated beyond our local and regional legal communities and left an indelible impact on the larger judiciary. His is a storied career the likes of which all members of the bench and bar would aspire but only few can claim.

Judge Kazen served as Chief Judge of the Southern District of Texas from 1996 to 2003. At the time, the district covered a population of more than seven million and was fourth busiest in the nation in terms of its case filings.

Beyond the pivotal role he played in the workings of our local and regional judiciary, Judge Kazen went on to become a jurist of national stature. In 1986, he was selected to testify as the Fifth Circuit’s Official Representative before the United States Sentencing Commission in Washington, D.C. regarding the then-proposed United States Sentencing Guidelines. Then in 1990, the late Chief Justice William Rehnquist appointed him to serve on the Judicial Conference Committee on Criminal Law. In 1996, as further recognition of Judge Kazen’s expertise in the field of criminal law and contributions to the national judiciary, the Chief Justice appointed Judge Kazen Committee Chair, a position he held until 1999. He was appointed by the Chief Justice to yet another national position in 2003, this time a seat on the Foreign Intelligence Surveillance (FISA) Court based out of Washington, D.C., where he served until 2010.

All the while, Judge Kazen exhibited a continued commitment to the advancement of the rule of law through his role as a legal educator. He served as Institute Director at the Federal Sentencing Institutes from 1997 to 1998 and Tri-Editor of the Federal Practice Guide (Lawyer’s Cooperative, 1996). From 1990 to 2003, Judge Kazen was also an adjunct professor at St. Mary’s University School of Law in San Antonio, Texas, teaching federal civil procedure throughout his tenure.

At the same time, Judge Kazen remained intimately involved with the Laredo community, serving as President of the Laredo Civic Music Association; President of the St. Augustine-Ursuline Consolidated School Board from 1976 through 1989 and a board member until 1991; President of the Boys’ Club of Laredo; and a lifetime director of both the Boys’ and Girls’ Clubs of Laredo. In 1983, he portrayed George Washington during Laredo’s long-running Washington’s Birthday Celebration. He was also named Mr. South Texas in 2000.

A devout Catholic, Judge Kazen was a life-long member of the Blessed Sacrament Church, where he served as a lector, a Eucharistic minister, and President of the Parish Council. In 1990, he received the “Volunteer of the Year” award from the Diocese of Corpus Christi, the Department of Catholic Schools.

All of Judge Kazen’s achievements as a jurist pale in comparison to what he would consider his greatest accomplishment—convincing the former Barbara Ann Sanders to marry him. He married Barbara in 1962, and they were married for forty-nine years, until her death in 2011. She was always the love of his life, the source of his greatest joy, and his greatest sorrow.

Judge Kazen is preceded in death by his beloved wife Barbara. He is survived by his four children, George D. (Mary) Kazen, John A. (Hayley) Kazen, Elizabeth A. Kazen, and Gregory S. Kazen; and his ten grandchildren and one great-grandchild. He is also survived by his siblings, Virginia Kazen Van Steenberg (Gustav), James Douglas Kazen (Tina), Felisa Kazen, and Barbara Anne Kazen, along with numerous nieces, nephews, cousins, and other loved relatives and friends.

Following the Memorial Service, Judge Kazen will lie in state for public visitation and farewell from 10:30 a.m. until 5:00 p.m. in the rotunda of the federal building. Funeral services and interment will be scheduled at a later time.

In lieu of flowers, the family kindly requests that you consider a donation to the Bethany House of Laredo, 819 Hidalgo, Laredo, TX 78040, http://www.bethanyhouseoflaredo.org or offer Masses for him at a church of your choice.

To order memorial trees or send flowers to the family in memory of Honorable Judge George Kazen, please visit our flower store.