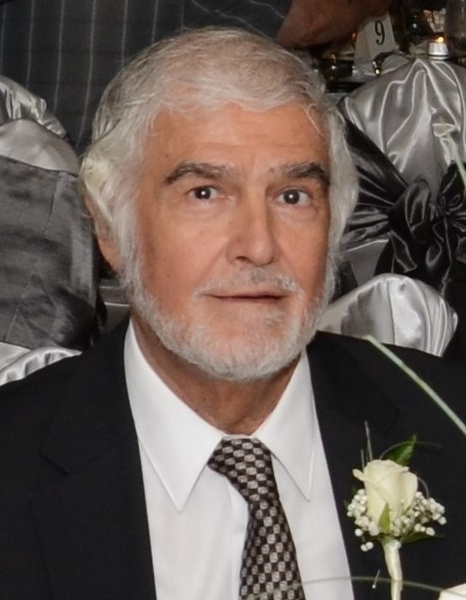 Hector Z. Balladares, 81, passed away on Sunday, July 11, 2021 surrounded by his loving family, at his home in San Antonio, Texas after a lengthy illness.  He was born in Laredo, Texas on September 2, 1939. He graduated from Martin High School in 1958 where he was a prominent member of the basketball team. He worked for North American Van Lines and at Cotulla Restaurant with the Sanchez Family. Tito enjoyed spending time at Mall del Norte with his family, and watching his favorite sports at local restaurants where he came to be beloved by their staff for his kindness and generosity towards everyone he encountered.

Left to cherish his memory is his only daughter, Mrs. Patricia († Toribio) Saucedo; his grandchildren, Charles (Vero), Kristine and Santiago; and his great-grandchildren, Katie and Lauren. He is also survived by his late brother’s children who reside is San Diego, California, Carmen Cecilia, Hector Ricardo, and Eduardo Ernesto and their children.

At Mr. Balladares request, no funeral services will be held.

To order memorial trees or send flowers to the family in memory of Hector Z. "Tito Siete" Balladares, please visit our flower store.