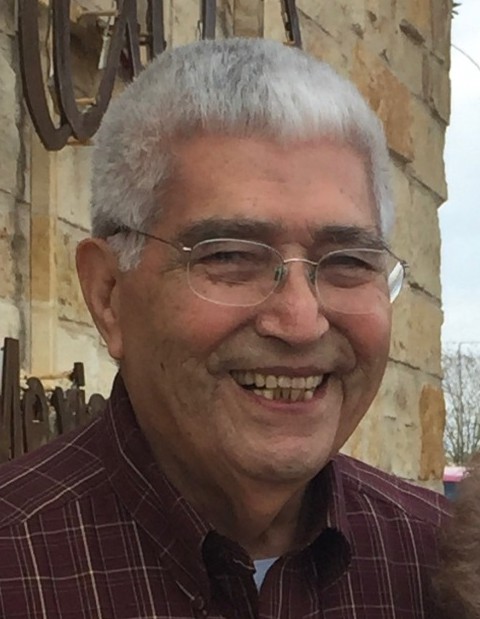 After graduating from Martin High School in 1947; Gus began his banking career at Union National Bank where he met Beatriz.  He served in the U.S. Army Adjutant General Office during the Korean Conflict stationed in San Luis Obispo, CA and White Sands, NM.  He worked with his brother at B. Garcia Claims Service for several years and retired in 1995 from the National Bank of Commerce as Executive Senior Vice President.  Gus was involved with Guadalupe Catholic Church, founding member of Holy Family Catholic Church, NARFE, Board of Directors at NBC Bank, and Chairman of Webb CAD, Mary Help of Christian PTA, and J.W. Nixon Spurs and Sports.

Gus and Beatriz forged a loving and devoted marriage for 67 years.  Together they traveled and created many wonderful memories with family especially in Las Vegas, Santa Fe, and Disney Parks.  Numerous reunions, parties and weekend gatherings surrounded by family and friends were spent happily at their Casa Verde home cooking, storytelling, listening to music and playing games.  He’d wait patiently and strike a conversation with others while his wife, daughter, daughter-in-law and granddaughters shopped.  His love for sports; Gus never missed his son’s sports events and supported their interests in fishing and hunting.  Attending the Tecolotes games and school sports with his son-in-law was a favorite pastime.  He and Bea cheered their grandchildren’s sports whether they were on the team or coaching a team and always involved in their school and dance activities, birthday and holiday celebrations.  Gus was extremely proud of his family and of all their accomplishments.

A Mass of Christian Burial will commence at 10 am at San Martin de Porres Catholic Church on Saturday, May 22, 2021.

To order memorial trees or send flowers to the family in memory of Gustavo G. Garcia, please visit our flower store.