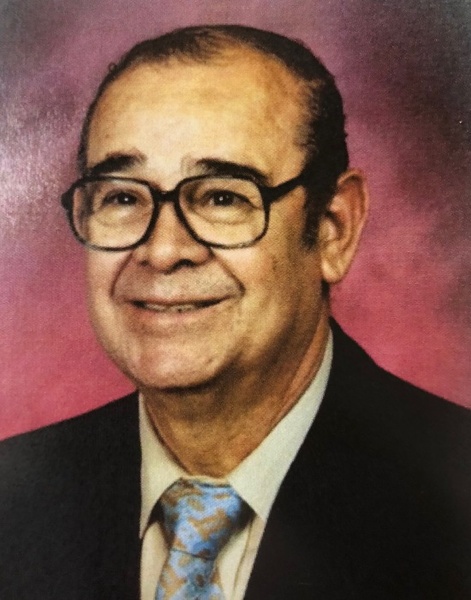 Gustavo Angel Ceja, 87 years old, accepted the Lord’s invitation to His eternal Kingdom on January 11, 2020 at 3:30 p.m.  He died peacefully surrounded by his loving family.

Gustavo was a wonderful husband, father, grandfather, uncle, brother and son.  He served his country as a Korean Army Soldier.  He was employed at Sears Roebuck for 41 years.

During his time as a baseball player, he pitched two no hitters and run games and was later inducted into the Latin American International Sports Hall of Fame.

He also gave his time, talent and treasure at Christ the King’s choir, jamaicas, Sunday bingos, and he repeatedly donated items to Laredo Children’s Sacred Heart Orphanage.  Gustavo loved bringing joy to others with his guitar and singing.

Left to cherish his memory are his wife of 66 years, Esperanza Nella; his daughter Gloria Turner, grandson James Christopher Turner, sister Hermelinda Gonzalez, and brother Alberto.  He also leaves many loving nieces, and nephews as well as friends.

The family will be receiving condolences on Tuesday evening, January 14, 2020 from 5 to 9 p.m. at Joe Jackson Heights Funeral Chapels & Cremation Services, 719 Loring at Cortez; where a Vigil for the Deceased and Rosary will commence at 7 p.m.

Funeral Services will be held on Wednesday morning, January 15, 2020 departing at 9:00 a.m. from Joe Jackson Heights Funeral Chapels to Christ the King Catholic Church for a Mass of Christian Burial at 9:30 a.m.

To order memorial trees or send flowers to the family in memory of Gustavo Ceja, please visit our flower store.