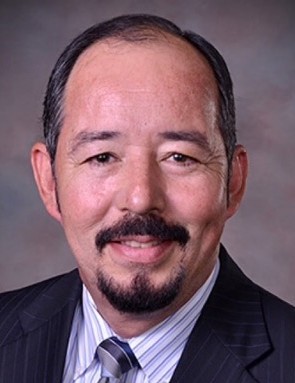 Gilberto P. Sanchez was born in Alice, Texas and moved to Laredo as a young child. He graduated from Nixon High School (class of 1980) where he made lifelong friendships. He was a devout catholic whose life revolved around his faith. He began his banking career working at Blazer Financial, Union National Bank, became the Senior Vice President at Falcon Bank and retired as a Senior Principal Business Relationship Manager from Wells Fargo Bank. He loved spending time with family, riding his motorcycles, and playing golf. He was a wonderful son, great brother, dedicated father, loving husband and a loyal friend to those that had the honor to meet him.  He will be greatly missed by those he loved.

The family will be receiving condolences on Tuesday, November 23, 2021 from 5 to 9 p.m. at Joe Jackson North Funeral Chapel & Cremation Services, 1410 Jacaman Rd.; where a Vigil for the Deceased and Rosary will commence at 7 p.m.

Funeral Services will be held on Wednesday morning, November 24, 2021 departing at 10:15 a.m. from Joe Jackson North Funeral Chapels to San Martin de Porres Catholic Church for a Mass of Christian Burial at 10:30 a.m.

A private cremation and Interment will be held at a later date.

Honorary Pallbearers will be: Adriana Sanchez

The family would like to extend their most heartfelt gratitude to: Dr. M. Reyes, Dr. C. Cigarroa, and Dr. Mahani.

To order memorial trees or send flowers to the family in memory of Gilberto P. Sanchez, please visit our flower store.