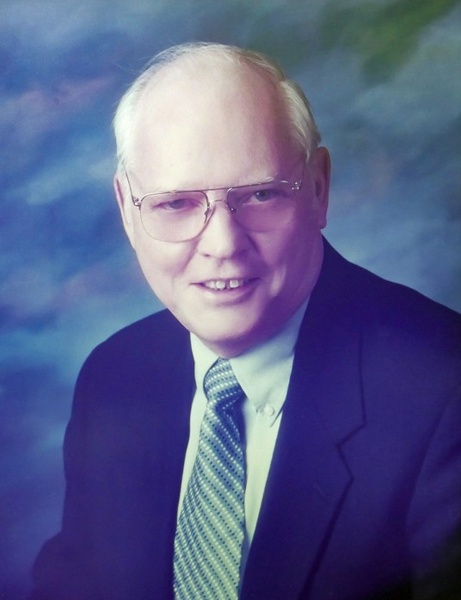 George Royle Wright was born on May 9, 1935 to George Wright and his wife Letha Wright in Laredo, Texas.  Royle or “El Señor Wright” as he was known to his many friends and acquaintances attended Martin High School and graduated in 1953.

Upon his graduation from Martin, he left Laredo and attended Texas A&I University in Kingsville.  While pursuing his studies at A&I, he met the young lady that would forever change his life, Nancy Jo Kennedy. Royle and Nancy married on February 8, 1958 and stayed together for the next 57 years.  Their marriage ended when Nancy was called home by our Lord in 2015.  Together they enjoyed traveling to Europe, Asia and the South Pacific, oh the photos they took and memories they shared.

Royle was proud to have served the Laredo Community as a real estate broker and appraiser for more than 57 years.  For years, many of the prominent REALTORS and appraisers in Laredo learned their craft under Royle’s tutelage.

Royle proudly served his country from 1957, when he joined the U.S. Army, to 1987 when he retired from the Army Reserves.  At the time of his retirement he had reached the rank of Lt. Colonel.

Royle also served the community through his selfless involvement in several civic organizations.  He was most proud of receiving the coveted Paul Harris Fellow designation by the Laredo Rotary Club for his service to his community.  He was also honored in Barcelona, Spain by Rotary International from among the 31,000 Rotary Clubs worldwide, he was one of only 4 presidents that were honored.

He was preceded in death by his wife Nancy, parents George & Letha; his daughter Mary and his grandson Michael.

The family will be receiving condolences on Sunday evening, February 09, 2020 from 5 to 9 p.m. at Joe Jackson North Funeral Chapels & Cremation Services, 1410 Jacaman Rd.; where a Vigil for the Deceased and Rosary will commence at 7 p.m.

Funeral Services will be held on Monday morning, February 10, 2020 departing at 10 a.m. from Joe Jackson North Funeral Chapels to Blessed Sacrament Catholic Church for a Mass of Christian Burial at 10:30 a.m.

Rite of Committal and Interment will follow at the family plot of the Calvary Catholic Cemetery. Military Honors will be provided by the Fort Sam Houston Honor Detail & the local American Legion Post 59.

Education was important to Royle and Nancy therefore, in lieu of flowers, the family kindly requests you consider making a donation to: Mary Elizabeth Wright Memorial and the Laredo Rotary Endowed Scholarship, this scholarship provides support to students pursuing a bachelor's degree at Texas A&M International University. The hyperlink is:
http://bit.ly/39rnx5d
If you wish to make a gift via credit card, please visit our secure site at:
giving.tamiu.edu or call our office at (956) 326-4483.

To order memorial trees or send flowers to the family in memory of George Royle Wright, please visit our flower store.