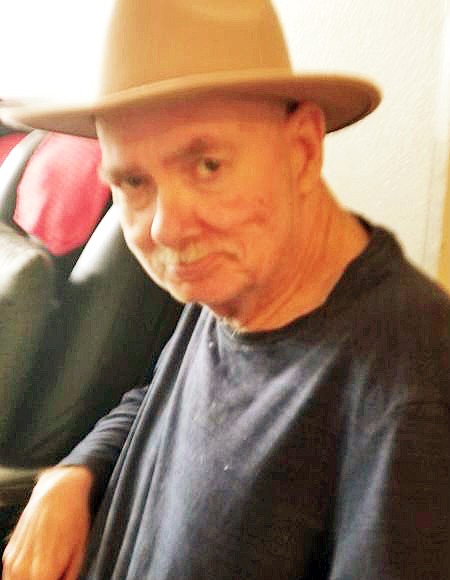 Mr. George Ernest Reuthinger III went to be with Jesus in the early morning of November 26, 2021 in San Antonio, Texas.  George was a 1970 Nixon High School graduate who took pride in playing trumpet for the Mighty Mustang Band.  His band director joyfully remembered him as a “character.” George spent many years helping his father and grandfather at the family cattle ranch here in Laredo.

In 2002, he moved to San Antonio, Texas where he lived until his death.  George often spoke of missing his parents and wishing to be with them again. This Christmas, he will be joining them in heaven.

George is survived by:  His younger brother, David L. (GeorgeAnne) Reuthinger, and by his nephew, David L. (Anita) Reuthinger Esq., his grandniece, Alexandria “Allie” Reuthinger, and his grandnephew, David E. Reuthinger. He is also survived by his San Antonio uncle and cousins: Uncle Jimmy Wynn, MD, and cousins: Mike (Karin) Wynn, MD, Robert (Kim) Wynn, and David (Shelly) Wynn. He is survived by cousins who live in California:  Sandra Salway, Geoffery Patterson, and Lou Patterson. Maternal cousins who live in Yoakum and San Antonio, Texas also survive him.  He will be missed by family and friends who knew him.

The family will be having a private service at a later date.

To order memorial trees or send flowers to the family in memory of George Reuthinger III, please visit our flower store.