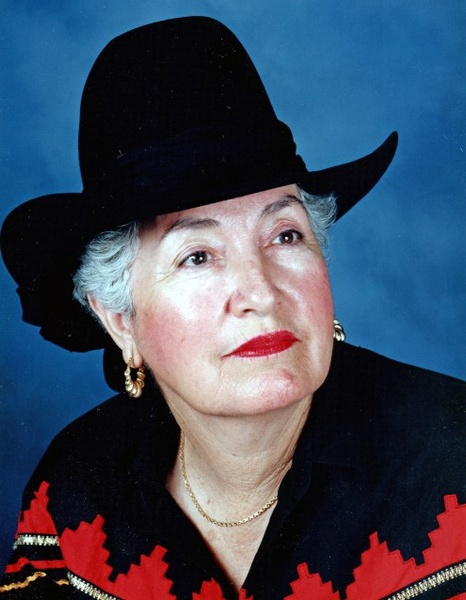 Florinda H. Sheeran, passed away at the age of 93 on Tuesday, October 19, 2021 in Laredo, Texas surrounded by her family.

Florinda was born December 21, 1927 to Petra and Esteban Hernandez in Old Zapata, Texas. While working at the Bluebonnet Café in 1948, she met the love of her life and married, Elmo Sheeran, a Texas River Rider then. In the early sixties, Florinda took and passed the test for a commercial driver’s license and became the first female bus driver in the valley. In the seventies, she started the Meals on Wheels program for the rural area of Oilton and Mirando City, providing hot meals for senior citizens with the Border Nutrition Council of Webb County. In the eighties, together with her husband, they opened Sheeran’s Mini Mart and Sheeran’s Liquor Store in Mirando City. Throughout the years while living in Mirando City, Florinda was very active in the community: serving as an Altar Society Member with St. Agnes Catholic Church, along with serving as the school chaperon and room mother for senior field trips, various school projects, as well as many fund-raising events. She was also involved in supporting politicians and holding them accountable for city and school developments.

She was preceded in passing by her parents, Petra and Esteban Hernandez; her beloved husband, Elmo Sheeran Sr.; siblings, Refugio Hernandez and Maria H. Garza; and grandson, Matthew John Mata.

The family will be receiving condolences on Tuesday, October 26, 2021 from 5 to 9 p.m. at Joe Jackson North Funeral Chapel & Cremation Services, 1410 Jacaman Rd.; where a Vigil for the Deceased and Rosary will commence at 7 p.m.

Funeral Services will be held on Wednesday morning, October 27, 2021 departing at 9 a.m. from Joe Jackson North Funeral Chapels to St. Agnes Catholic Mission in Mirando City for a Mass of Christian Burial at 10 a.m.

Rite of Committal and Interment will follow at the family plot of the Zapata County Cemetery.

To order memorial trees or send flowers to the family in memory of Florinda Sheeran, please visit our flower store.