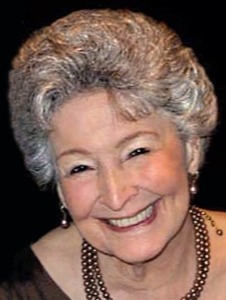 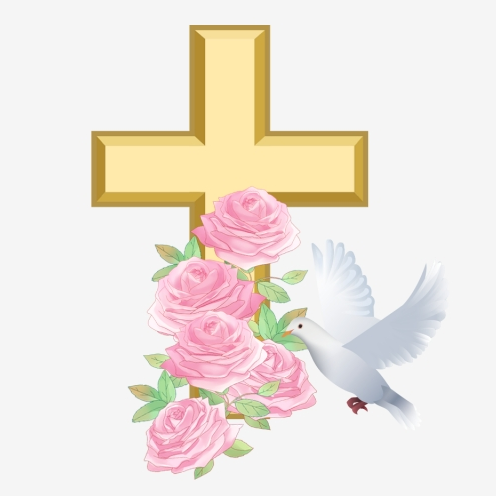 Our dear sweet mother passed peacefully to her eternal rest on Sunday, January 8th, 2023 on the Feast of the Epiphany. Esther Frances “Tite” Leyendecker Stewart was 93 years young and left a legacy of love.

While obtaining her associate of arts degree, she was a cheerleader and part of the first graduating class of Laredo Junior College. She went on to receive her teaching degree from East Texas State University in Commerce, Texas now known as Texas A&M University-Commerce. There, she was named “Most Popular” on the campus in 1953. Esther never met a stranger. Her winning smile and quick wit blessed her with many friends throughout the years.

Upon graduation from college, she taught at Lamar Middle School. She then met and married William Joel “Bill” Stewart, the love of her life, in 1954. His military career as a US Air Force pilot took them around the world and she not only helped to raise, but also moved her family eighteen times during their sixty-three years of marriage. In the early 1980s, when her children were grown and in college, she returned to Laredo Junior College to start the LJC Tutoring Center, which assisted many students in obtaining their degrees.

A woman of many talents, our mother will be remembered for many things: her amazing knack for fishing (always catching the largest catch of the day) her delicious cooking and baking skills, as well as gardening, needlepoint, and sewing. Her hard work and determination to achieve excellence was evident in everything she did.

As a devout Catholic, she made her ACTS retreat at the age of eighty and became a “fisher of men and women” for Christ. Her strong faith, worldly charm, tenacity, resplendent grace, and unconditional devotion to her family will be greatly missed by all those who knew and loved her.

The family would like to sincerely thank the physicians, respiratory therapists, and nursing staff of TexSan Methodist Heart Hospital ICU in San Antonio, Texas for their outstanding care and compassion in addition to Raquel Valadez who has been a steadfast, loving, and compassionate help to Esther for decades.

The family will be receiving condolences on Friday evening, January 13th, 2023 from 5 to 9 p.m. at Joe Jackson North Funeral Chapels & Cremation Services, 1410 Jacaman Rd.; where a Vigil for the Deceased and Rosary will commence at 7 p.m.

Funeral Services will be conducted on Saturday morning, January 14th, 2023. Funeral Procession will be departing at 12 noon from Joe Jackson North Funeral Chapels to Blessed Sacrament Catholic Church, 2219 Galveston St.; where Requiem Mass will be held at 12:30 p.m.

Father Wojciech Przystasz will be officiating the Mass and the Graveside Services which will follow at Calvary Catholic Cemetery, 3600 McPherson Road.

To safeguard the family and guests, those wishing to attend Esther’s services are asked to please practice social distancing as well as use masks while inside the premises of the funeral establishment and church.

Her ten grandsons will serve as the pallbearers.

In lieu of flowers, the family kindly requests that you consider making a donation in Esther’s memory to her favorite charities: