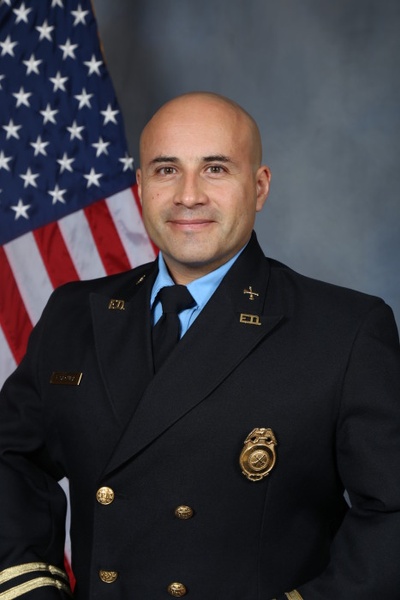 Beloved father of two who loved cooking, especially his favorite “carnita from outside” (carne asada). Erik loved to spend time outdoors, running, swimming, and diving. He had a thing for being able to see the potential in people before they were even aware of it and had one of the biggest hearts and never complained when it came down to helping others. So much so, he dedicated his life to helping others.

Erik came to Laredo in 1986. He graduated from Nixon High School in 1994. He then joined the Fire Department in February of 1996, where he proudly served for 25 years. He received his Associates in Nursing in 2015. He was also the recipient for the Mary Alice Lopez Award. “This award is bestowed by the graduating class on a student who led the best example of the nursing profession” as per Laredo College. He worked at Laredo Medical Center in the ICU Department as well as Doctor’s Hospital of Laredo in the Emergency Room Department. In addition to these two facilities, he worked for a few Home Health Nursing companies as well.

Erik’s legacy will forever be alive in the hearts and minds of all whose life he touched.  May his memory forever be a blessing unto all who knew and loved him.

Live streaming of these events will be available on the funeral home website linked to his online obituary beginning at 5:30 pm on Sunday, January 31, 2021.

The family will be receiving condolences on Sunday evening, January 31, 2021 from 10 a.m. to 9 p.m. at Joe Jackson North Funeral Chapel & Cremation Services, 1410 Jacaman Rd.; where a Celebration of Life Service will commence at 6 p.m.

Funeral Services will be held on Monday morning, February 01, 2021 departing at 9:30 a.m. from Joe Jackson North Funeral Chapels to Blessed Sacrament Catholic Church where a Mass of Christian Burial will be celebrated at 10 a.m.

To order memorial trees or send flowers to the family in memory of Erik Segura, please visit our flower store.