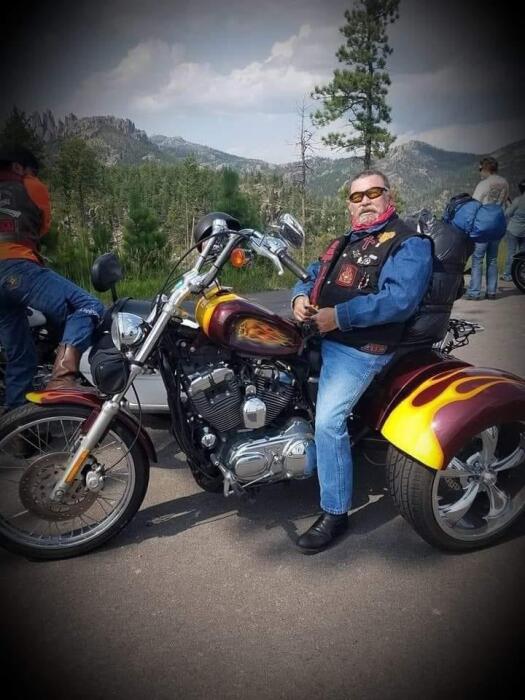 Enrique “Tom” Alvarado, 66, joined our Lord in His heavenly kingdom on Sunday, December 27, 2020. He was preceded in death by his beloved wife Elisa Alvarado and his parents Tomas and Margarita Alvarado.

If Tom Alvarado’s life had to be summarized in one word it was dedicated. He was dedicated to his family, job, and his motorcycle club. He was employed with the City of Laredo, assigned to the City Manager Office at city hall for 15 years. He took pride in his work, but he also found joy in the opportunity it gave him to interact with people daily. Joining the Border Skulls Motorcycle Club filled Tom with life. He was Happiest on his motorcycle with his brethren at rallies, social gatherings, or community service events. To his family, he was generous to a fault always wanting to help everyone. He had a calm demeanor that was contagious, one could not help but feel relaxed in his presence. No matter the problem Tom never stressed and always had a positive attitude, that it could be resolved.

Funeral Services will be held on Saturday Morning, January 2, 2021, departing at 9:30 a.m. from Joe Jackson North Funeral Chapels to Christ the King Catholic Church for a Mass of Christian Burial at 10 a.m.

Cremation will be held at a later date.

To order memorial trees or send flowers to the family in memory of Enrique Alvarado, please visit our flower store.