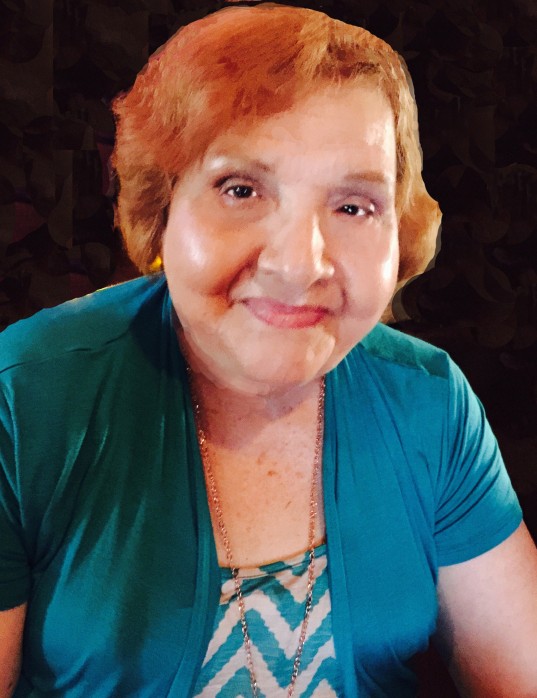 Elvira Elva Montemayor, age 83, transitioned to heaven to rest in eternal peace and to join God and her ancestors on September 8, 2021.  Elvira was born in Laredo, TX on April 27, 1938.  She was the daughter of Rogelio Montemayor and Clementina Linares. Her early years were spent in Nuevo Laredo, Mexico with her now deceased mother, Clementina Linares, and her aunt, Chavela Linares.  She later worked for many years in sales at a number of women’s stores in downtown Laredo.  Elvira lived a simple life and found happiness in music, dancing and being with friends.  She also loved to read, shop and dine especially at Mexican restaurants.  She had a loving, kind personality and a great sense of humor.  Her mother, sisters and nephews meant the world to her.  In her later life, Elvira received help from her caretaker, Teresita Flores, who became her best friend and who aided her until her passing.  The family expresses gratitude to Dr. Oscar Gutierrez, who oversaw her care and kept her healthy for many years. The family also thanks the doctors and nurses at Laredo Medical Center who assisted with her care at different points in her life.

Elvira is survived by her two sisters, Ileana Martinez and Dr. Laura Rendon, as well as her beloved nephews Jorge, Carlos, David Martinez and their families.

Funeral procession will depart the chapel at 10:45 a.m. to Christ the King Catholic Church for a Mass of Christian Burial to be celebrated at 11 a.m.

Rite of Committal and Interment will follow at the family plot at the Calvary Catholic Cemetery.

You may extend your condolences to the family at www.joejacksonfuneralchapels.com

To order memorial trees or send flowers to the family in memory of Elvira Montemayor, please visit our flower store.